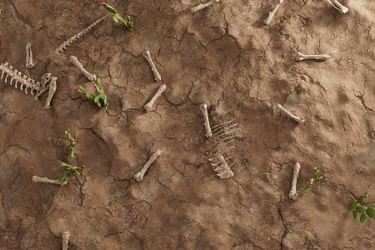 It appears that, after months of concerning historic milestones, some of the U.S. West’s most iconic waterbodies are on the verge of permanent damage caused by the ongoing drought.

“Without significant, permanent cuts to water use in the Colorado River basin, both Lake Powell and Lake Mead may be headed for collapse,” The Salt Lake Tribune reported. “That demand can’t continue to outpace supply without further draining Lake Powell and Lake Mead — which are both filled to 27% of capacity, down from 95% full in 2000 — is a fairly obvious point. It also is clear that the current drought planning measures won’t cut it alone.”

The warning bells were rung by a peer-reviewed research paper that compared current source water use agreements for these lakes with the multi-decade trend of low runoff in the Colorado River basin. It found that, if things continue as they are, reservoir levels won’t remain stable.

It may not be much of a surprise to learn that current drinking water consumption levels in this region are not sustainable. After all, Lake Mead’s levels have been dropping so low that long-dead bodies are being uncovered. But the researchers also offered some suggestions that water managers could find more novel.

“The paper’s authors describe a new management approach where mandatory and voluntary cutbacks for water users would be triggered based on the combined storage of both Mead and Powell, rather than just Lake Mead as is currently the case,” per the Tribune. “One of the possible solutions the team identified looked at what would happen to the reservoirs if the Upper Basin states of Utah, Colorado, Wyoming and New Mexico agreed to give up water development ambitions, while the Lower Basin states of California, Arizona and Nevada, along with northwest Mexico, agreed to reductions.”

Given the tensions between states that have developed alongside the growing drought, it may be challenging to get them to cooperate. But, given the precarious positions for both Lake Powell and Lake Mead, they may have little choice.

“Although these concessions by both basins may be unthinkable at the moment,” the researchers wrote, according to The New York Times, “they will be necessary if recent conditions persist.”