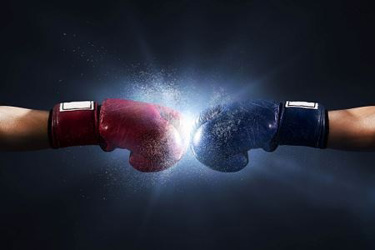 As source water scarcity continues to plague the nation, a battle is looming between two states that feel they are entitled to the same supply.

“Colorado’s governor is warning he will ‘protect and aggressively assert’ his state’s water rights after Nebraska Gov. Pete Ricketts announced a plan to spend $500 million on a canal and reservoir project that includes claiming access to land in Colorado under a 99-year-old compact between the states,” SFGate reported.

Ricketts’ announcement came after Colorado released a report identifying more than 250 new water projects stemming from the South Platte River Basin. Ricketts feels that those projects could impact Nebraska’s source water access significantly, limiting its water flows by as much as 90 percent, according to SFGate.

Access to the South Platte River Basin is governed by a compact approved in 1923, that entitles Nebraska to a certain amount of source water from the river. It dictates that Nebraska can build and operate canals within Colorado’s borders to divert that water for its use.

“Ricketts released a budget plan … that would pay for the canal project by taking $400 million out of the state’s $1.5 billion cash reserve fund and using $100 million in federal pandemic relief money,” per SFGate. “Some of the infrastructure would sit on the Colorado side of the border, and might require the state to invoke eminent domain against private landowners.”

Though Colorado Governor Jared Polis said he’d work collaboratively with Nebraska, it is becoming increasingly common for such interstate battles over source water access to go to court. Last year, Georgia emerged victorious in a Supreme Court battle with Florida over local source water. And a few months ago, the nation’s highest court settled a similar dispute between Missisppi and Tennessee.

It seems likely the showdown between Nebraska and Colorado will lead to a lawsuit as well, and that this could be a major challenge to resolve if history is any indication.

“Any water fight between the states could last for years,” according to The Colorado Sun. “Nebraska spent decades in a water fight with Kansas over access to the Republican River, which runs through Colorado, Nebraska and Kansas. The lawsuit revolved around a similar compact with the three states that was approved in 1943.”