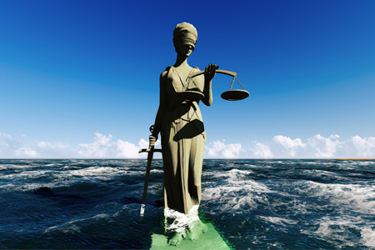 In the decisive culmination to a years-long legal battle over source water between Florida and Georgia, the nation’s highest court has sided unanimously with the Peach State.

“The U.S. Supreme Court won’t force Georgia to curb its water usage, a defeat for downstream Florida in the two states’ long legal war over limited resources,” Bloomberg Law reported. “The justices issued their opinion … rejecting Florida’s plea for an order that would ensure more freshwater flows to the state’s wild oyster population along the Gulf Coast. Florida has hit repeated walls in its legal effort to protect the industry and the area’s broader ecosystem.”

The legal dispute can be traced back to 2013 and revolves around water flowing through the Flint, Chattahoochee, and Apalachicola rivers. Florida wanted Georgia to limit its use of water from these bodies so there is enough by the time it reaches its borders, but Georgia has argued that the problem is caused by Florida’s mismanagement of the resource.

Ultimately, the Supreme Court was not swayed that ordering Georgia to limit its water use would do more good than harm.

“Several members of the court appeared sympathetic to Florida’s plight, but raised questions about how much of the state’s water woes can be traced to Georgia’s usage, and how much to weigh the impacts of a water-sharing decree,” per Bloomberg Law. “With annual revenue around $6.6 million before the collapse, Florida’s oyster industry is tiny compared to the $4.7 billion in annual revenue from Georgia’s agricultural industry, according to legal filings.”

“The case is interesting and important for its interstate water rights principles and rulings,” according to The National Law Review. “While the Supreme Court’s history reflects few cases of original jurisdiction of disputes between states, the effects of climate change may engender more frequent water wars and land use disputes for the Court to resolve.”