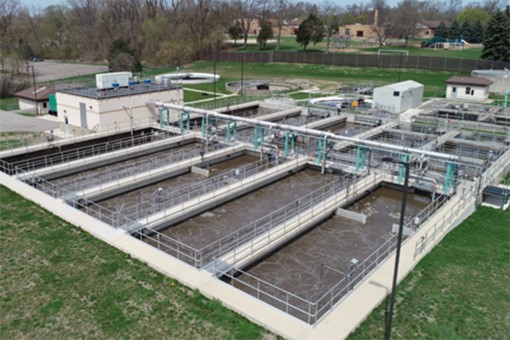 For 15 years, plans to double the capacity of Michigan’s Zeeland Clean Water Plant remained stalled as the City of Zeeland worked toward a joint wastewater treatment contract with two neighboring Ottawa County communities. As a result, maintaining efficient aeration control posed a challenge for the 1.65 million gallons per day (MGD) facility. When expansion plans moved forward in 2016, the city alleviated those problems with the Xylem Sanitaire CASPERON activated sludge solution process, which eliminated the use of lime to treat waste and significantly reduced the volume of biosolid residuals. 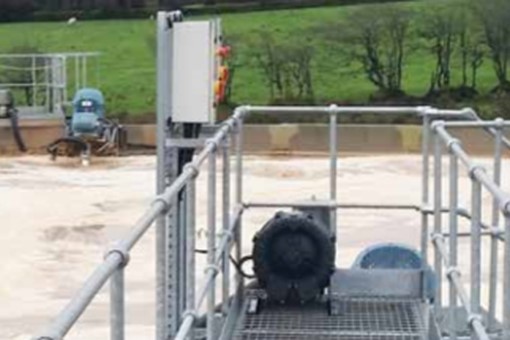 Dairy Crest Davidshow Creamery in Camelford, England is the largest cheddar cheese manufacturer in the UK. 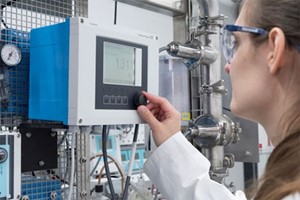 Environmental protection, consistent product quality, process optimization and safety –​ just a few reasons why liquid analysis is becoming increasingly essential. Liquids such as water, beverages, dairy products, chemicals and pharmaceuticals have to be analyzed day in and day out. We support you in fulfilling all these measuring tasks with application know-how and cutting-edge technologies. Discover our comprehensive portfolio and choose the product best suited to your process needs. 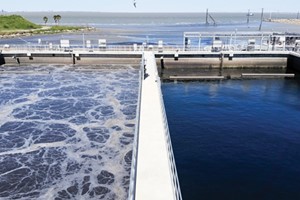 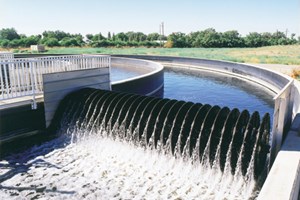 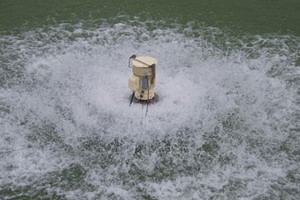 The Aqua-Jet® SS-PW surface mechanical aerator, manufactured by Aqua-Aerobic Systems is certified to NSF/ANSI 61 by UL for use in potable water applications. These units can be utilized for THM stripping applications or circulation in potable water treatment systems and reservoirs with a minimum volume of 100,000 gallons. 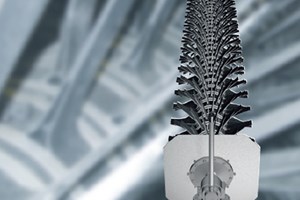 The PASSAVANT® surface brush aerator MAMMUTROTOR® provides a transfer of oxygen into the activated sludge tank and optimal mixing of the activated sludge, ensuring an even distribution of biomass, organics and oxygenated water creating ideal conditions for biological activity. 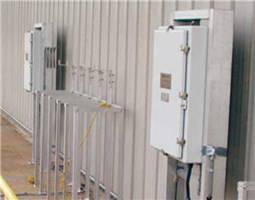 SANITAIRE® is the trade name recognized throughout the wastewater treatment industry for quality products and advanced technology. The In-Place Gas Cleaning System is recognized world wide for its ability to clean porous ceramic fine bubble diffusers in-place, efficiently and without interruption to the process or dewatering of aeration tanks. 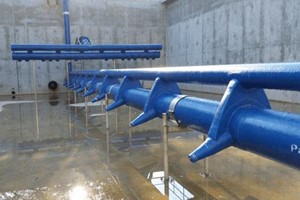 The VariOx™ jet aeration system is an aeration and mixing device used in numerous water and wastewater treatment applications. Jet aeration combines many of the benefits and efficiencies of both mechanical and diffused air type systems. The jet aerator consists of an inner liquid nozzle and an outer air nozzle. Liquid from the basin is re-circulated through a jet motive pump and discharged through the inner liquid nozzle at a high velocity. Concurrently, air is fed into the outer air nozzle where it is mixed with the motive liquid and discharged as a high energy jet plume. 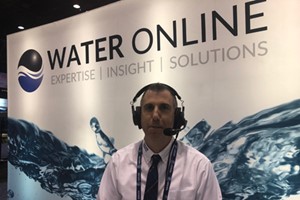 There are many reasons for a utility to rent a blower for wastewater aeration. Besides the obvious — an emergency — plant operators may need a rental to bridge the gap during upgrade projects, supply seasonal need to supplement air, or perform testing. 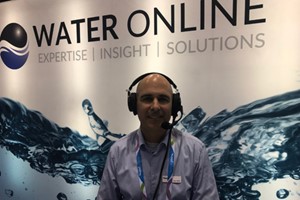 A combination of urban sprawl, more stringent environmental regulations, and aging facilities is putting a huge strain on the wastewater operations at many municipalities. The good news is that membrane aerated biofilm reactor technology, also known as MABR, offers a compact and energy-efficient solution. 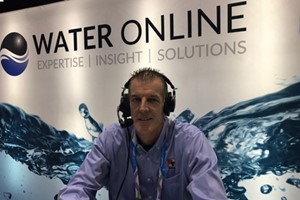 Improving wastewater treatment efficiency requires some type of change in the physics, biology, or economics of the process. In this Water Talk interview, Jeff Kelly, Red Valve’s senior product manager for the Tideflex Aeration and Mixing System, describes how to change all three — to the tune of a cost-saving 50-percent reduction in applied airflow! The Tideflex approach uses a unique diffuser design to support on/off aeration and mixing cycles without clogging. Managed by oxidation-reduction potential (ORP) readings, the novel technique supports a biological selection process that encourages the exclusive growth of facultative anaerobes — the most resilient wastewater microbes, which get rid of phosphates and nitrates without producing hydrogen sulfide. 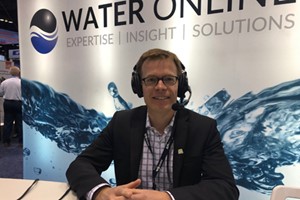 Population growth, stricter regulations, and increased energy costs continue to exert significant pressure on municipal wastewater operations. But rather than investing in tired, old solutions such as the construction of additional concrete tanks, water system managers are seeking new ways to stretch the limits of their infrastructure. 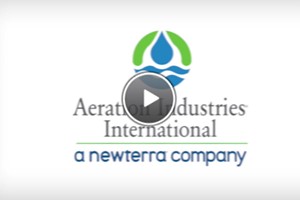 Aeration Industries recently had installed some Aire-O2 Aquaculture 3Hp Aspirators at some of in​ Ecuador's top producing shrimp farms. 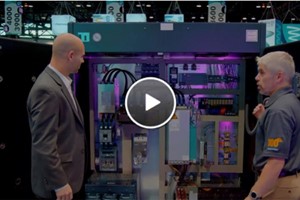 In 2019, Kaeser Compressors assumed control of the venerable line of PillAerator turbo blowers, strengthening its ability to serve the wastewater industry — or wherever else atmospheric process air is needed on a constant pressure level. Watch this video to understand what inspired the decision, as Manual Dias, Business Development Manager at Kaeser, covers the advantages that turbo blowers offer versus other types of blowers. Al Moreno, Kaeser's District Manager, then highlights the company's screw blower technology, followed by Global Product Manager Peter Werhahn, who provides the business case for investing in turbo blowers. 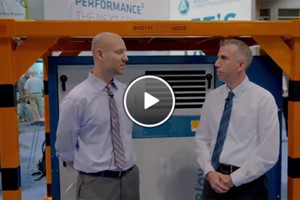 Long known for serving the wastewater industry with blower and compressor solutions, Aerzen recently branched out to expand its service capabilities with Aerzen Rental USA. With this new, standalone company, Aerzen can now provide its low-pressure, oil-free units for short-term and/or immediate use. In this video, Matt Piedmonte, director for Aerzen Rental USA, cites five situations where a customer might need a rental, and answers some common questions around technology, logistics, and setup/operation. Hint: The company had a head start in mastering these elements, as Aerzen International Rental has been serving Europe for two decades. 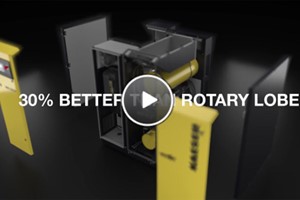 The New Standard In Wastewater Aeration 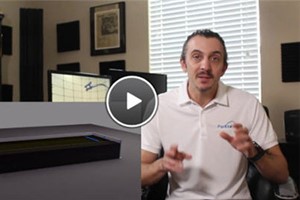 In this video, Parkson discusses the process of biologically treating wastewater in a batch mode and what differentiates Parkson's SBR from others. 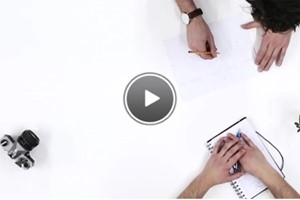 A common first step in the secondary treatment process is to send wastewater to an aeration tank. In an aeration tank, bacterium is used to effectively break down pollutants into less harmful components. Wastewater aeration provides the appropriate oxygen level so that aerobic bacteria can thrive in degrading pollutants such as iron and manganese as part of the wastewater treatment process. Aeration can also be used to destroy anaerobic bacteria that perish in the presence of oxygen. Aerobes that can break down pollutants 10-100 times faster than anaerobes are used most frequently.

Aeration is also used to improve waste lagoons and other waterways such as lakes and reservoirs where oxygen deficiency contributes to taste, odor and pollutant problems. Equipment used for wastewater aeration includes low cascades, jet fountains, spray nozzles, blowers, submerged perforated pipe and porous plates or tubes. Whether the water is thrown into the air via a fountain or diffused by air bubbles being blown or drawn into the wastewater in an aeration tank, aeration works by increasing the area of contact between the oxygen in the air and water.

The most common wastewater aeration process in use today is the air diffusion process, where air is introduced from blowers through diffusion tubes suspended in a spiral flow tank, or in some cases, through diffuser plates in the bottom of the aeration tanks.