Current Western Drought Determined To Be Worst In 1,200 Years 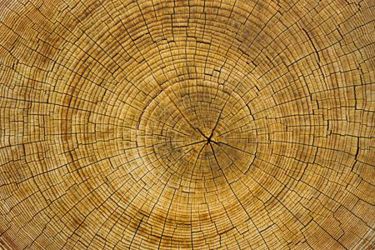 Even as the acute drought gripping the Western U.S. breaks new records at an alarming rate, its latest historic milestone is jarring.

“The extreme dryness that has ravaged the American West for more than two decades now ranks as the driest 22-year period in at least 1,200 years, and scientists have found that this megadrought is being intensified by humanity’s heating of the planet,” the Los Angeles Times reported. “The authors of the study also concluded that dry conditions will likely continue through this year and, judging from the past, may persist for years.”

This ongoing water scarcity has already intensified many unpleasant trends, including an emergency declaration by San Francisco, the potential complete disappearance of a critical source-water body and water rights battles between states.

Using the growth rings of trees, scientists have now compared the current climate to megadroughts that occurred between the 800s and 1500s to confirm that this one is historically dire and that additional action to mitigate it and better prepare for the future is called for.

“Some scientists describe the trend in the West as ‘aridification’ and say the region must prepare for the drying to continue as temperatures continue to climb,” per the Times. “[Lead Author Park Williams] said the West is prone to extreme variability from dry periods to wet periods, like a yo-yo going up and down, but these variations are now ‘superimposed on a serious drying trend’ with climate change.”

Though such a historically unprecedented situation may seem too large to address, there is still reason for hope. Water managers are taking equally historic action to curb the demand put on stressed supplies, exemplified by Los Angeles’ ambitious plans to supply 70 percent of the city’s water from local sources by 2035, for instance.

“Knowing is half the battle,” Jason Smerdon, a co-author of the study, told The Guardian. “We have a lot of challenges in front of us but we all have agency in the face of this. And there are pathways we can take that are much more sustainable and involve much less risk.”