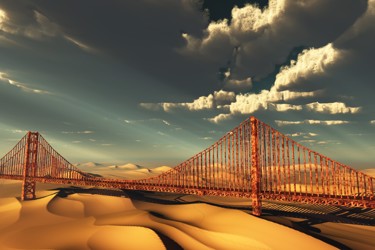 In a latest regulatory action forced by the source water scarcity ravaging California and impacting much of the American West, San Francisco’s Public Utilities Commission has declared a water shortage emergency.

“The commission adopted a system-wide water reduction use of 10 percent,” The Hill reported. “To accomplish their goal, the group plans to ask city residents to cut water usage by 5 percent in addition to asking agencies in other California counties that purchase water from San Francisco to cut their use by 14 percent.”

The city will also be imposing a 5 percent surcharge on water usage, expected to increase bills by $6 per month.

“As the drought persists in California, San Francisco’s reservoir supply is at 73 percent capacity,” per The Hill.

With source-water scarcity growing worse across much of the country, likely caused by fundamental climate change alongside growing demands on the resource, the new restrictions in San Francisco appear to be a bellwether for similar rules to be imposed throughout the state.

“Californians may face new restrictions, including fines for improperly washing their cars, as the state prepares to virtually eliminate the water it supplies to local communities as it grapples with an unrelenting drought,” according to The Wall Street Journal. “The state’s Department of Water Resources said … that for the first it is preparing to allocate 0% of the water it is contracted to give next year to local districts, which handle what goes into the taps of homes, business and farms.”

This level of cutback would be historic, even in a state that has always grappled with a lack of water — the most the Department of Water Resources has ever previously cut back on what has been contracted has been 5 percent. If drought conditions persist, this will leave the state’s local agencies to draw on their own underground supplies.

Officials in San Francisco appear optimistic that the cuts they are now making will be enough to get local consumers through the current drought and into a future where water is more available.

“With California still experiencing devastating drought and the uncertainty around this rainy season, we need to make tough decisions that will ensure that our water source continues to be reliable and dependable for the future,” San Francisco Mayor London Breed said in a statement upon announcing the cuts, per The Hill. “Year after year, San Franciscans step up to conserve our most precious resource, resulting in one of the lowest water usage rates in California, and during this critical time, I know that our City will once again meet the call to reduce water use.”

But a timeline for when these drought conditions will ease and drinking water supplies will return to abundance is anyone’s guess.