A Major U.S. Source Water Body Could Be Nearly Gone In The Next 25 Years 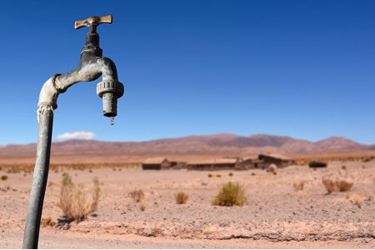 Although this is not the first time California and much of the American West have found themselves in dire drought conditions, a new study has warned that one of the region’s most historically important sources of drinking water is disappearing and may never return.

“The Sierra Nevada snowpack, a major source of water for California, could largely disappear in 25 years if global warming continues unchecked,” NBC News reported. “The worrisome findings, published … in the journal Nature Reviews Earth & Environment, have serious implications for California’s water supply and add to a growing list of water woes in the western United States, which remains in the grips of a decadeslong megadrought.”

The study found that the snowpack could see low-to-no-snow winters — with more than half of its accumulated snow vanishing for five years in a row — by the late 2040s if greenhouse gas emissions continue as they are.

Water scarcity in the West, attributed mostly to ongoing climate change, has forced major cities in California to declare emergencies, an official in New Mexico to raise a red flag, and communities to rethink the practice of potable reuse in recent weeks. But this acute threat to one of the region’s most dependable water sources is a different kind of drought milestone — one that comes as another major regional source, Lake Mead, is facing its own historic challenges.

“The Sierra Nevada snowpack typically accounts for around 30 percent of California’s fresh water supply and is a particularly crucial natural reservoir for the Central Valley and the northern reaches of the state,” per NBC News. “The projections for the Sierra Nevada snowpack add concerns about the outlook for fresh water supplies in the United States. Earlier this year, water levels at Lake Mead, the nation’s largest reservoir that supplies water to millions of people across Arizona, Nevada, California and parts of Mexico, hit their lowest levels in history.”

Even before this study was released, evidence has been mounting that California and its neighbors are experiencing drought conditions that will require significant and maybe even unprecedented action. Now, with compelling evidence that the Sierra Nevada snowpack may become an unreliable source of drinking water, resource managers are under even more pressure to find solutions.

“Reports like this can feel disempowering — the places we love are being threatened by anthropogenic climate change at a frightening rate,” per Outside. “But this research is vital, because it creates the backbone of action. The information is out there. It’s about what we decide to do with it.”