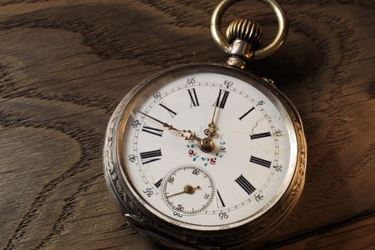 As a growing number of communities around the U.S. face drinking water and wastewater infrastructure problems, it has become clear that public trust in official institutions to deliver these services is eroding. But recent acknowledgement from the country’s foremost environmental protection official signaled recognition of these problems and a dedication to improve things for traditionally underserved populations.

“The federal government has ‘waited too long’ to invest in water infrastructure, U.S. Environmental Protection Agency Administrator Michael Regan told NBC News in an interview,” the outlet reported. “‘Unfortunately, there are certain populations in this country, Black and brown communities, tribal communities, low-income communities, that are seeing the worst aspects of this disinvestment,’” he continued.

High-profile drinking water infrastructure issues, like those faced in Flint, Michigan and Jackson, Mississippi, have been attributed to a lack of public investment in water systems serving communities of color. As these issues mount, consumer trust in the government’s ability to provide clean water is failing.

But this iteration of the EPA, led by Regan, has repeatedly acknowledged these issues and signaled a desire to change things.

The EPA recently allocated millions of dollars as part of the Bipartisan Infrastructure Law to improve water infrastructure in cities like these, including $144 million that could go to helping the beleaguered system in Baltimore, Maryland, for instance.

But it will be no easy task to make up for decades of infrastructure neglect and failing public confidence. In Jackson, for example, the federal government faces accusations from the NAACP that its infrastructure problems were the result of years of mistreatment.

“Over 25 years, Jackson received funds from an important federal program only three times, the NAACP said,” per NPR. “When Jackson tried to fund improvements itself, those efforts were repeatedly blocked by state political leaders, according to the complaint.”

It seems that the only way for the EPA to build back confidence in drinking water and wastewater services is to make genuine investment, especially in the traditionally-forgotten parts of the country.