After State Regulators Take Control Of One Baltimore Wastewater Plant, Problems Uncovered At Another 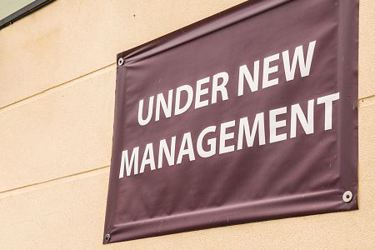 Just as authorities made a dramatic move to wrangle one wastewater treatment plant in a major U.S. city, it appears its neighboring facility is now under scrutiny as well.

“Environmental groups are calling for third-party oversight at Baltimore’s Patapsco Wastewater Treatment Plant after an inspection conducted last week found continuing equipment problems resulting in high levels of bacteria and nutrients released into the river,” according to The Baltimore Sun. “It comes a few weeks after the Maryland Environmental Service took charge of Baltimore’s other wastewater facility, located along the shores of the Back River in Dundalk, citing declining conditions after months of failed inspections.”

This level of regulatory scrutiny is nothing new for Baltimore’s wastewater treatment plants. Late last year, they were found to have illegally dumped more than 100 million gallons of partially-treated effluent per day into receiving waters. Elected officials in the city acknowledge that the wastewater issues there are foundational and will take significant effort to reverse.

Problems at the plant include solid waste handling issues, high hydrocarbon levels, the inability to separate solid and liquid waste, and more.

“One building had all six of its grit chambers clogged with rags and debris,” the Sun reported. “Efforts to clear the basins were underway as of last week, but the problems were spilling over into other parts of the facility, where workers had to use nets to manually remove fats, oils and greases overwhelming a series of tanks.”

With public trust in Baltimore’s wastewater systems all but depleted, and years of fundamental neglect to overcome, it appears that any third party tasked with bringing the facilities into compliance would have an unenviable challenge ahead.