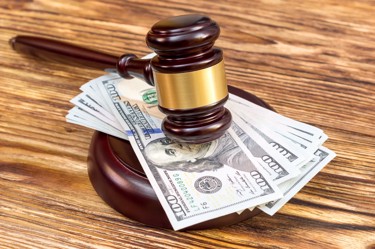 Years after their long-standing exposure to lead-contaminated drinking water was revealed, a district judge has approved a settlement of more than $600 million to residents of Flint, Michigan.

“The $626 million deal to settle most lawsuits filed by Flint residents is one of the largest in the state’s history,” The Washington Post reported.

The lead contamination crisis in Flint can be traced back to a 2014 decision to switch drinking water sources for the city, while failing to add necessary corrosion-control measures. As a result, effluent from drinking water treatment plants leeched lead from the outdated pipelines serving residents’ homes, introducing the contaminant to their taps at dangerous levels.

Numerous state and local officials have been accused of criminal negligence over the catastrophe. This sizable settlement from Michigan became a likely outcome late last year, and now that it has been approved, it appears Flint’s youngest victims are in line to receive compensation.

“Under the terms of the agreement, 80 percent of the monetary award will go to residents who were younger than 18 at the time of their exposure,” per the Post. “More than half of that amount will go toward the children younger than 6 — whose age put them at greatest risk for lead poisoning and the physical damage and neurological problems that can result. The remaining 20 percent of the payments will go to plaintiffs whose lawsuits pertained to other issues, such as property damage and loss of business revenue.”

While this settlement cannot erase the catastrophic harm caused by one of the most harmful drinking water contamination incidents in history, it seems to add some level of closure, satisfying the claims of tens of thousands of affected residents.

“Though we can never undo what has occurred, this settlement makes clear that those who egregiously violate the law and harm their communities will be held accountable,” said Ted Leopold, a co-lead counsel for the class action participants, per The Detroit News.