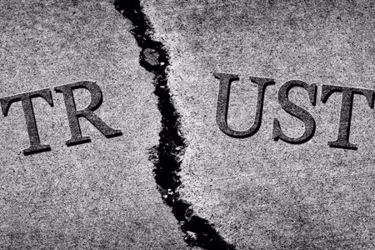 As high-profile drinking water contamination issues continue to plague the U.S., consumers are growing increasingly distrustful of their water systems.

Jackson, Mississippi, where a state of emergency was recently declared over lost access to reliable water, is the latest such system with underlying issues to grab national attention. And many consumers there seem unlikely to trust their taps again anytime soon.

“Six-year-old Charles Wilson V is scared to drink out of the water fountain at his school,” CNN reported. “The water is back on in Jackson after historic flooding took out the water treatment plant where pumps were already failing, but the Wilson family has lost faith.”

In Flint, Michigan, where outdated infrastructure contaminated drinking water with lead for years before being widely acknowledged in 2015, consumers remain distrustful of municipal water.

“Even with new pipes and a different water source, the Bells (a family of Flint residents) don’t trust what comes out of their tap and buy about 10 cases of bottled water a week for cooking, brushing teeth, making coffee and for them and their dogs to drink,” according to CNN. “Their neighbor LeeAnne Walters says she does the same.”

Building a positive relationship with consumers is top of mind for every water system across the country, but it’s an especially large challenge in places where residents are historically underserved by civil services. In his response to the Jackson water crisis, U.S. EPA Administrator Michael Regan seems aware of this extra challenge.

Though the challenge is great, the systems in Jackson, Flint, and similar communities around the country may eventually win back the confidence of their consumers by first acknowledging that there is much work to do.

“[Regan] understands the challenges, especially (for) communities of color,” Mississippi Representative Bennie Thompson told the Associated Press. “Under this current administration, they have taken the fact that many of these communities have been underserved by its government and tried to right the ship.”