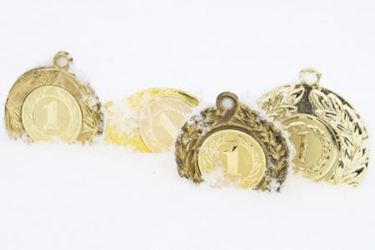 A region of the world that is feeling the worst of water scarcity will soon have the international spotlight squarely upon it, and it’s preparing by stretching its water even further.

“Weeks before the world’s best skiers and snowboarders descend on Zhangjiakou, a main site of the Beijing Winter Olympics, a dozen machines furiously churned out snow to cover the mountains they will race down,” BNN Bloomberg reported. “Experts worry that the push to transform Zhangjiakou will worsen the region’s severe water scarcity, which ranks among the worst in the country.”

With more than half of the region considered “highly water stressed,” Zhangjiakou is similar to a growing number of places around the world. In the U.S., for instance, Colorado and Nebraska are sparring over limited source-water access, a major Montana city’s only source-water body has hit record lows, and one of the West’s most critical source bodies is now in danger of disappearing altogether.

From the Olympic organizers’ perspective, however, this reliance on artificial snow is needed. Zhangjiakou has none of the natural snow needed to host the events, an increasingly common dilemma as the trends that are limiting source water are also impacting snowfall around the world.

“Thanks in part to climate change, the practice [of using artificial snow] has become increasingly necessary, with subtropical Sochi using about 80% man-made snow in 2014 and arid PyeongChang topping 90% four years later,” according to Sports Illustrated. “But the 2022 Games will take it one step further: None of the snow will be real.”

China’s games may call for as much as two million cubic meters of water to create the artificial snow. To alleviate some of the pressure on groundwater supplies, officials have built numerous water tanks that collect rainfall, melting snow, and surface runoff, and they’re piping in water from a nearby town. But some are still concerned that this practice will have lasting impacts on the area’s water system.

“Experts warn that the approach would still interrupt the region’s natural water cycle,” per BNN Bloomberg. “The International Olympic Committee [IOC] even flagged the issue as one of its chief concerns when considering China’s bid to host. Beijing 'underestimated the amount of water that would be needed for snow making,’ noted an IOC evaluation report published in 2015, and has ‘overestimated the ability to recapture water used for snowmaking.’”