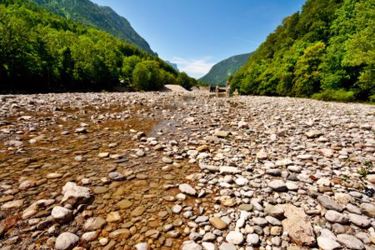 The sole source of drinking water for one of Montana’s largest cities has dropped to a record low in another historic sign of ongoing drought that’s impacting much of the American West.

“The Yellowstone [River] is Billings’ one source of drinking water, and the city maintains two intake sites to accommodate for fluctuations in the river’s flow,” the Billings Gazette reported. “During the last week of December the Yellowstone at one point dropped to a flow of 800 cubic feet per second, a record low… Typically the river runs closer to 2,000 cubic feet per second this time of year.”

“The Western U.S. is experiencing one of its driest periods in a thousand years — a two-decade megadrought that scientists say is being amplified by human-caused climate change,” according to a recent NPR report. “This drought — or longer-term airidication, some researchers fear — is forcing water cutbacks in at least three states and is reviving old debates about how water should be distributed and used in the arid West.”

In Billings, which has a population of more than 100,000, this drought is bringing the only source of drinking water dangerously close to empty.

“Of concern for the city is water levels dropping low enough that it simply couldn’t collect water,” per the Gazette. “The city’s auxiliary intake, which is smaller, sits low on the river bed and has limited ability to process out sediment, leaving it prone to clogging.”

As Billings grapples with a trend that is causing historic problems for many other cities, it will have to face the reality that source water scarcity is likely to grow worse before it gets any better.