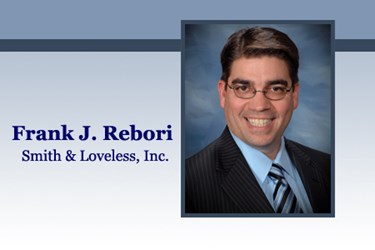 On September 24, 2013, the Water and Wastewater Equipment Manufacturers Association (WWEMA) held its annual President’s Council at the Chicago O’Hare International Airport. This is an informative one-day event where top executives of WWEMA-member companies get together to share and discuss industry trends, national and international economic news, and upcoming regulatory issues. This was my fifth year attending this event. Each year the insight that is shared is amazing, and 2013 was no exception.

Highlights of the meeting included discussions on domestic and global economics, water and wastewater trends, general thoughts on the current business environment, and, of course, the hot topic of pending regulations coming out of Washington, D.C.

It should come as no surprise that the general feeling among participants was that while the water and wastewater market is improving in the United States, we still have some ground to make up. There are, however, signs of life. These include an increase (albeit modest) in construction projects and a pent-up demand that everyone feels is just ready to break.

Internationally, the slowdown by China in its infrastructure spending is impacting several international markets — Australia and South Africa, for example — harder than others. On the other hand, several Asian countries — Indonesia, Singapore, and Vietnam among them — are bright spots. Leading up to the World Cup in 2014, Brazil has huge potential but some very real challenges, such as infrastructure being behind schedule and an increase in crime. Of course, the 60 percent local-content requirement for Brazilian imports poses a significant challenge to U.S. exporters.

While nutrient removal rules are being implemented, funding for the equipment to meet the regulations is hard to come by.

Negotiations among several WWEMA companies who are also part of the Hydraulic Institute and the U.S. Department of Energy are getting underway. These discussions relate to DOE’s proposed minimum efficiency standards for water pumps. WWEMA companies in the pump industry are paying close attention.

Some key regulatory items that are a hot topic for WWEMA members include the Cooling Water Intake Structures rule, which is to be finalized by November 4, 2013; the Post-Construction Stormwater rule; and a Shale Gas Extraction rule related to pretreatment standards, which is set to come out sometime in 2014. Several non-regulatory drivers were also mentioned, such as the recent floods in Colorado and the immediate need for equipment coupled with concerns over funding for these critical repairs.

These represent just a small sampling of some of the key issues facing our industry. The different ways to tackle these challenges were enthusiastically discussed by the WWEMA-member executives. The entire day went by very quickly, with the general consensus that we should get back together a soon as possible. The next opportunity will be at WWEMA’s 105th Annual Meeting, November 14 to 16, 2013, in Ponte Vedra Beach, FL.