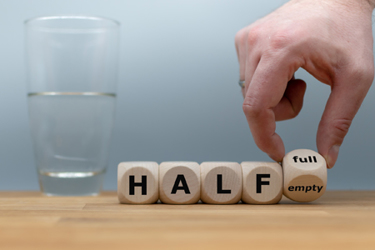 It is assumed that most individuals involved in the advocacy, treatment, and regulation of drinking water in the U.S. have similar opinions on the importance of delivering clean, safe drinking water to the public. But determining how regulatory steps regarding daily practices at water treatment plants (WTPs) should evolve tends to reveal some differences in opinion. While specific impacts on treatment practices and associated costs from the U.S. Environmental Protection Agency’s (EPA) draft version of the Drinking Water Contaminant Candidate List 5 (CCL 5) remain to be seen, published public comments from industry organizations and individuals represent a wide range of perspectives.

The new CCL 5 draft list comprises 69 chemicals/chemical groups plus 12 microbial candidates (8 bacteria, 3 viruses, and 1 protozoa). New chemical additions since the CCL 4 include 1,2,3-Trichloropropane, Bisphenol A, Boron, diazinon, fipronil, lithium, Tris(2-chloroethyl) phosphate (TCEP), tungsten, multiple disinfection byproducts (DBPs), and multiple per- and polyfluoroalkyl substances.* Multiple cyanotoxins remain on the list as well, including, but not limited to: anatoxin-a, cylindrospermopsin, microcystins, and saxitoxin. The new microbial additions since the CCL 4 are Mycobacterium abscessus and Pseudomonas aeruginosa. The July 9, 2021, draft was whittled down from a list of about 22,000 possibilities in several phases (Figure 1).

The EPA website offers additional background links regarding the CCL 5 specifically and the Contaminant Candidate List and Regulatory Determination in general. 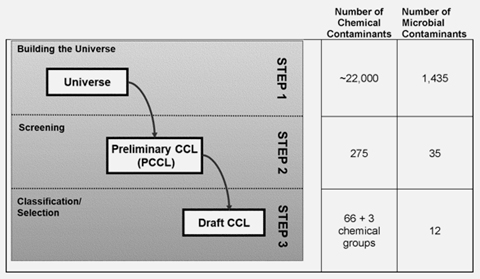 Figure 1. The CCL 5 was developed through a threestep process, which started by listing about 22,000 chemical-contaminant and more than 1,400 microbial-contaminant candidates before refining them down to the final listings.

Responses To The CCL 5 Draft

One of the more common themes referenced throughout the feedback published at the CCL 5 Comments Docket revolves around the topics of PFAS, class-based vs. specific PFAS compounds, and related terminology used in the CCL 5 Draft. Links to the complete, original, response documents are included below for proper context.

Not all respondents were in lockstep with the EPA, however. Some offered other perspectives on terminology and research on specific topics of interest:

What Does All Of This Mean To WTPs?

According to the EPA’s notice of availability and request for comments on the CCL 5 draft, “The Draft Contaminant Candidate List 5 (CCL 5) and the Final CCL 5, when published, will not impose any requirements on regulated entities.” It also states that, “The regulatory determinations process for contaminants on the CCL is a separate agency action.” The EPA defines its next steps, saying, “Between now and the publication of the Final CCL 5, EPA will evaluate comments received during the public comment period for this document, consult with EPA's Science Advisory Board, and prepare the Final CCL 5 considering this input.”

Water Online will address the publication of the Final CCL 5 and any regulatory outcomes once they are formally issued. In the meantime, interested individuals can learn more about regulatory and legislative resources in general, or about PFAS concerns specifically, from the extensive Water Online archives.

* “This group is inclusive of any PFAS (except for PFOA and PFOS). For the purposes of this document, the structural definition of PFAS includes per- and polyfluorinated substances that structurally contain the unit R-(CF2)-C(F)(R’)R’’. Both the CF2 and CF moieties are saturated carbons and none of the R groups (R, R’ or R’’) can be hydrogen.” (As per https://www.epa.gov/ccl/draft-ccl-5-chemicals)