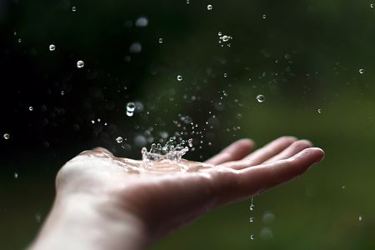 Banking on its continued position as an oasis among the desert, Las Vegas is placing its bets on ambitious water conservation measures as regional drought conditions and consumption demand grow.

According to recent coverage from CNN, the city has outlawed the construction of large swimming pools or spas at single-family homes and banned nonfunctional grass. It reclaims all drinking water that is used indoors and implements strict irrigation schedules throughout the year.

And one of its more compelling measures can be found in a special division of the Southern Nevada Water Authority tasked with catching water wasters.

“The Water Authority has water waste investigators who will contact property owners, highlight the waste and give them a chance to fix the issue,” according to CNN. “If the problem isn’t addressed, the owners will be fined, starting at $80 and then doubling for every subsequent violation.”

In addition to implementing these measures, Las Vegas seems compelled to proclaim its conservation status to the public. In an age when battles over drinking water consumption between Western states are increasingly common, the Southern Nevada Water Authority has launched a public campaign to dispel myths about rampant consumption on the Vegas Strip.

“One myth addressed in the most recent video addresses the usage by casinos, including a picture of the Bellagio outdoor fountain attraction — one of the notable, and free, things to do in town,” per the Las Vegas Sun. “And the good news is that no water from the Colorado River is used. Rather, it comes from a private well owned by the resort.”

Despite all odds, Las Vegas appears poised to survive this ongoing drought even as the scarcity shows no signs of abating. And these latest extreme resiliency measures may just be the latest iteration of its founding principles.

“Saving water is desert living and we are in the middle of the Mojave Desert,” Bronson Mack, the public outreach officer for the Southern Nevada Water Authority, told CNN. “Our community has been a city in the desert and now we are finally becoming a desert city.”

To read more about how water systems across the country are adapting to drought, visit Water Online’s Water Scarcity Solutions Center.