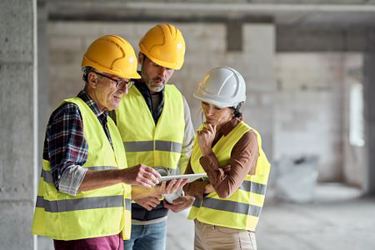 As cities around the country face consumer demand to replace lead-based drinking water infrastructure, many are struggling to find cost-effective ways of identifying just how big their problems are. But one major city may be forging a path ahead that others, even the most budget conscious, can follow.

Getting a firm grasp on outdated pipelines is more challenging than many might think; most water systems would have to excavate their infrastructure and visually assess its composition to do so. For a large city like Cleveland, the cost of doing that can be in the tens of millions of dollars.

“That’s a big reason why the Cleveland Division of Water and several other utilities in Ohio are teaming up with the nonprofit Cleveland Water Alliance to spur the development of technology that could identify lead lines without breaking ground,” Cleveland.com reported. “The alliance, which promotes research and innovation related to water, has issued a challenge to innovators to come up with a solution and Cleveland’s water department has constructed a pipe farm on city property … that will serve as a test bed for research.”

Since revelations that consumers in Flint, Michigan had been drinking lead-contaminated water garnered a major public outcry in 2016, water systems across the country have been reckoning with their own outdated infrastructure problems. While the federal government has promised billions of dollars to help systems overcome the issues, paying for the fixes remains a challenge for many.

So, if Cleveland can really uncover a more cost-effective method for identifying lead pipelines, it’s likely that many other water systems would benefit from the discovery. And so far, there have been some promising developments.

“One of the technologies that could result in a solution uses acoustics,” per Cleveland.com. “They are already used to detect leaks… and one of the companies that has shown interest believes that it would work to detect lead pipes under the assumption ‘that each type of metal will have a different sound.’”

Another potential solution being tested would place a sensor in the ground to record the waves caused by tapping water lines at the meter, potentially identifying the material creating those waves.

Whatever solutions come out of these tests, drinking water treatment professionals throughout the U.S. are doubtlessly hoping that they make lead infrastructure identification and replacement cheaper and easier for all.