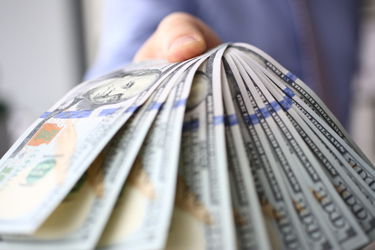 With Joe Biden’s landmark, $1.2 trillion infrastructure bill now signed into law, those serving critical but aging sectors throughout the country are eager to see funds materialize. And no sector is in greater need of these funds than water systems, with some $50 billion earmarked in the bill for improving them going forward, but relatively little funding allocated in the years leading up to it.

“Distressed communities across the country are clamoring for federal money to help upgrade aging systems,” Roll Call reported. “That reflects in part how the federal share of water infrastructure funding has fallen from 63 percent in the 1970s to just 9 percent more recently.”

“Biden himself highlighted provisions in the bill replacing all lead pipes in the country in a signing ceremony,” The Hill reported. “Lead contamination of drinking water has become a more visible environmental issue in recent years because of the ongoing fallout from the Flint, Mich., water crisis, which exposed about 99,000 residents to lead.”

But after so many years of neglect, and facing infrastructure problems that can seem insurmountable, many water systems are concerned that this bill will still not be enough to fix their problems.

“Progressive lawmakers have taken issue with that level of funding given estimates that the actual cost of full [lead line] replacement would be much higher,” per Roll Call. “[American Water Works Association] has pegged the figure at $60 billion or more.”

Another concern for water systems in desperate need of more federal funding is the timely allocation of these funds. With the bill now signed into law, the next step is for the U.S. EPA to process applications for funding before distributing any money.

In the meantime, the EPA seems aware that this new source of funding is critical for the nation’s water systems, though it might not be the solution to all of their problems.

“[EPA Assistant Administrator for Water Radhika] Fox said the bill represents the ‘single largest investment’ the federal government has ever made in water infrastructure, and it comes at a time when the country’s water systems are breaking down in many areas and the need for replacing lead service lines is clear,” per Roll Call. “Reporters pressed Fox on whether the amount in the bill acn deliver on that goal, however. She said several times that the money will allow for ‘rapid progress’ toward the goal and that the agency would look to complement funding with new regulations.”