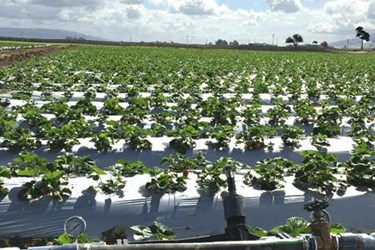 Let’s lift a glass — of water — to celebrate World Soil Day, created by the Food and Agriculture Organization (FAO) of the United Nations to recognize the thin mantle that sustains us. Of course, as a water guy, I look at World Soil Day as a time to highlight the symbiosis of soil and water. As anybody who has been to the barren deserts of China, North Africa or the Middle East knows, soil without water doesn’t produce anything. And without the minerals and organic matter found in soil, water alone is inadequate to keep us fed.

We have the capacity to drill wells miles deep into the earth’s crust, but when it comes to understanding the complex universe beneath our feet, we’re just scratching the surface. As Leonardo da Vinci said about 500 years ago, “We know more about the movement of celestial bodies than about the soil underfoot.” It’s still true.

What’s really exciting is that we’re starting to gain ground in the study of soils. In his book The Ecology of Eden, Evan Eisenberg describes the soil as “a Casbah, a flea market, an economic free-for-all in which each buyer and seller pursues his or her own interest, and where every scrap of merchandise — second-hand, seventh-hand, busted, salvaged, patched — is mined for its last ounce of value.”

It takes untold numbers of buyers and sellers to feed crops. When nutrients appear in soil — from eroding rock, decaying plant tissue, manure, or any other source — it’s not like handing a hamburger to a hungry kid and watching him eat. Invertebrates, bacteria and fungi in the soil must first break the material down into its component nutrients; others convert the nutrients into a form plants can use. Extensive networks of root-like fungal hyphae (as much as 50 meters winding through a single gram of soil) extend underground, channeling water and nutrients from the surrounding soil to plant roots. The casbah is open 24/7, and its business extends from the soil surface to the roots themselves.

We haven’t met all the buyers or sellers yet and we haven’t sampled all the merchandise, but we’re encountering and understanding more of them every day.

Like a real, human-scale casbah, all the hustle and bustle is fueled by nitrogen, oxygen and water. Super-charging irrigation water by adding air has proven to improve yields and quality in a wide variety of crops, particularly fruits and vegetables, in research conducted in Spain, California and China.

Now, as scientists bring that bustling bazaar into clearer focus, we can start to understand how water, the soil community and air interact to deliver those benefits.

Dr. Adrian Unc and Crystal McCall of Memorial University of Newfoundland and Dr. Dave Goorahoo and Josue Samano Monroy of the Center for Irrigation Technology (CIT) at California State University, Fresno, conducted some fascination research, which I wrote about in a recent article in Irrigation Today magazine. The team used sophisticated DNA analysis to study the soil ecosystem around crop roots supplied with regular irrigation water or with irrigation water that had been mixed with air in special Venturi injectors. The scientists found that the portion of the field irrigated with the air injection system harbored a microbial population that was less likely to produce nitrous oxides (NOx) and more likely to stockpile plant-available nitrate in the root zone.

The bottom line: supplying air and irrigation at the same time altered the balance of microbes in the soil, tipping it to the good. Instead of rising to the atmosphere as a smog-producing gas, nitrogen was stored in the root zone where plants could access it and turn it into food. Our food.

As Judith Schwartz told NewsDeeply.com in a July 2016 interview, “In terms of drought, we’re always looking to the sky…. Certainly drought has a lot to do with what does or doesn’t come down from the sky. But it also has to do with how the land is managed, so that we are either keeping water on the land or not.”

By building our soils, farmers are building their water reserves, too.

With ever-looming drought, overworked soils and a mushrooming demand for food, making every square inch of cropland and every drop of irrigation water more productive is a vital challenge. Here’s a salute to the soil scientists who are working tirelessly on World Soil Day — and every day — to unlock the mysteries beneath our feet and prepare our farmers to sustain a growing population with our limited supplies of soil and water.

(For articles, online videos and other resources on the wonders of soil, visit the US Natural Resources Conservation Service’s Unlock the Secrets of the Soil website.)