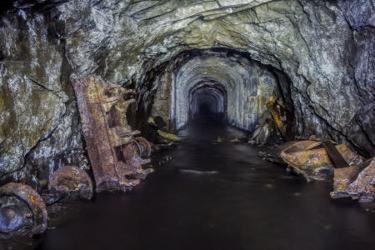 In August 2015, an accidental wastewater spill from Colorado’s Gold King Mine released a flood of contaminants into source water across three states. Though the U.S. EPA settled with the State of Utah earlier this month regarding the contamination there, it’s clear that the agency has a lot more work to do to protect other areas of the country from similar disasters.

The primary issue is that there is no comprehensive inventory of mining sites that might be poised to release untreated wastewater containing lead, copper, silver, manganese, cadmium, iron, zinc, or mercury into source water.

“A 2020 report by the U.S. Government Accountability Office explored the breadth of the problem, uncovering some sobering statistics that should give one pause,” according to an AP News report on the extent of the potential water contamination problem posed by the country’s abandoned mines. “The Bureau of Land Management estimates that based on current staffing and resources, it will take 500 years for the agency to complete an inventory of abandoned hard rock mines and features on its land.”

The EPA currently estimates that there are about 500,000 abandoned mine sites on federally protected sites across the country. It has been working on some of these sites for more than two decades and the costs associated with this work are incredibly high.

“EPA spent $2.9 billion through fiscal years 2008 through 2017 to identify, clean up and monitor hazards at abandoned hard rock mines,” per AP. “13 Western states …. spent a collective $117 million in nonfederal funds during the same period.”

With so much work needed to even fully map the issue on a federal level, some states have been working to address abandoned mine contamination within their own borders. The Utah Division of Water Quality (UDWQ), for instance, plans to launch an inventory of discharging mines in its state.

“After the Gold King Mine spill happened, we got a lot of inquiries if this were problematic in Utah,” said Steve Fluke, administrator over a program within the UDWQ mining division, according to The Denver Post. “I would not want to say they are ticking time bombs waiting for a Gold King Mine incident, but they need to be looked into.”

With such a monumental task facing EPA and its mandate to protect the country’s source water quality, it’s likely that other states will make similar efforts. But no matter which agencies take up the issue, it’s going to be a time-consuming and expensive effort.