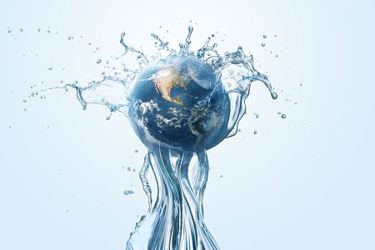 In the Beginning, there was water. The first couple of lines of the Bible describe a newly formed earth covered in water, a swirling deep. From there, the rest of creation emerged.

In nearly any religion or belief system, water is life. It's a truism, a cliche, a corporate slogan, an affirmation. And whether it's stated tritely or with deep meaning, it's irrefutable.