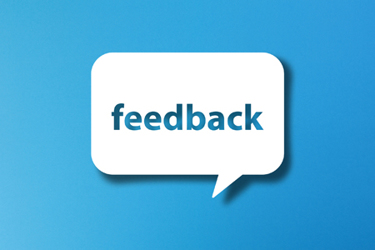 With more than 50,000 community water systems (CWS) in the U.S., it is amazing that only 285 individuals had logged public comments on the U.S. EPA’s proposed Lead and Copper Rule (LCR) Revisions by the February 12, 2020 deadline. Yet, what those respondents had to say could have a big impact on how we deal with lead in drinking water moving forward. Here is a cross-section of the industry’s response.

Responses during the EPA comment period ranged from individual citizens praising lead-reduction efforts, to individual community water systems, to state and national organizations. The earliest comments tended to be anonymous public comments and requests for a longer public-response period. More than 50 percent of the eventual 285 public comments posted by the deadline, however, came in the final 20 days of the 90-day comment period — with 43 of them (15 percent) posted on the deadline date itself. Since that time, several hundred additional comments have also been posted.

The depth and breadth of comments indicated that many water industry professionals took the effort to heart and provided a range of thoughtful commentary both favoring and critiquing certain aspects of the proposed LCR Revisions (LCRR).

What Was The Dominant Feedback?

A snapshot review of posts from the last 10 respondents before the deadline showed that they had quite a bit to say about a broad range of interests, with a heavy trend toward five common areas of concern. Their responses represented a mix of water-industry interests, including:

Those last 10 respondents made an average of 6.4 comments each, touching on 3.8 of the 10 major topic categories outlined by the EPA’s Lead and Copper Rule Proposal Comparison. The five most popular topics received at least one comment from half or more of those respondents:

Among the five remaining categories in the LCR Proposal Comparison, action level issues elicited only two comments from two individuals, while small system flexibility and primacy-agency issues each generated one comment. None of the last 10 respondents referenced source-water monitoring or changes in water sources or treatment, but 6 of them did comment on topics that did not fall directly under one of the LCR Proposal Comparison categories, including:

What Did Some Of The Leading Voices Have To Say?

Among those final 10 respondents on the February 12 deadline, the Colorado Department of Public Health and Environment’s general-comment and specific-comment documents showed the in-depth thought invested in their responses, with respect to both general applications and unique conditions in their state.

Also, on February 5, 2020, AWWA submitted a 148-page document including detailed responses to many of the categories in the LCRR Comparison document. That document’s navigable index of major chapters and subpoints makes it easy for an individual CWS to gain insight and educate themselves on their own areas of concern.

Aside from those two in-depth responses from high-level industry voices, a few other public comments raised thought-provoking questions that might help water treatment and distribution operators/managers rethink their own experiences and strategies:

By any measure, the EPA has some work to do to reconcile the suggestions and probing questions about practical implementation of the final LCRRs. With that finalization expected sometime during 2020, it will pay water industry participants to devote attention to future EPA announcements on the topic and to Water Online’s coverage of those decisions.