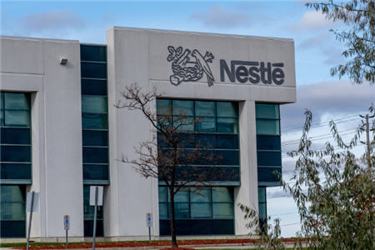 Major bottled water provider Nestlé has come under scrutiny this month from some of the highest powers in the country for its controversial use of natural resources.

“U.S. House Democrats are seeking documents about Nestle Waters North America operations in Michigan and other states as part of a new Congressional oversight investigation launched this week into bottled water industry practices,” MLive reported. “The probe comes amid a growing environmental community pushback against the U.S. bottled water industry… In their 5-page letter, [U.S. Reps. Harley Rouda of California and Rashida Tlaib of Michigan] express concern about Nestle profiting from a public resource while nearby communities struggle with water use, access and quality.”

The representatives are seeking information about the company’s groundwater extraction, the revenue it accrues through the sale of bottled water, the amount it spends on advertising, its quality testing routines, and its use of plastic.

Though bottled water operations have drawn controversy around the country, Michigan and California are two states where constituents seem particularly unhappy with Nestlé.

“When Flint, Michigan was in the midst of a lead contamination crisis, Nestlé continued to extract spring water from Michigan communities … for the purpose of selling water outside of the state,” according to the representative’s letter, per MLive. “In California, Nestlé has been criticized for extracting water for commercial purposes during periods of droughts when Californians were ordered to reduce their water use.”

Nestlé has also received pushback from advocates because its bottled water leads to the accumulation of plastic waste in landfills.

As of this writing, it’s unclear where this probe will lead or if lawmakers will uncover the kind of information that allows them to force Nestlé to change its practices. For its part, Nestlé argues that its presence is beneficial to the surrounding areas.

“Nestle said it support[s] communities where it operates,” MLive reported. “In March, it announced $2 million in grants to support conservation projects in Michigan’s Muskegon River watershed. The company has been trying to combat negative perceptions through social media efforts and blog posts that portray Nestle as a responsible environmental steward with minimal impact.”