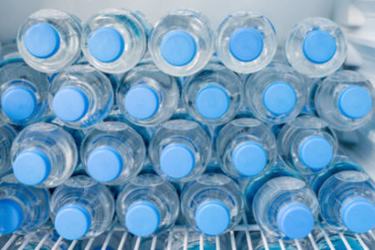 A group of chemicals that has proven to be pervasive throughout the country’s source water and public water systems has now been traced to bottled and canned water supplies as well.

Per- and polyfluoroalkyl substances (PFAS), also known as “forever chemicals,” are manmade compounds that have found their way into source water as a result of their use in industrial products and firefighting foams. They are notoriously difficult to remove during the drinking water treatment process and their consumption has been tied to pervasive health effects. However, the U.S. EPA has not issued any strict limits on the amount of PFAS that drinking water can contain.

In lieu of federal action, many states have taken it upon themselves to issue strict PFAS limits in public drinking water. For instance, New Jersey has instituted a limit of 14 ppt on a prevalent PFAS compound. But now, a study by Consumer Reports has found that public drinking water might not be the only source of PFAS consumption.

“Consumer Reports recently tested 47 bottled waters — including 35 noncarbonated and 12 carbonated options — and found levels of ‘toxic PFAS chemicals’ in several popular brands that were above the limit recommended by some experts,” Today reported.

Specifically, the study found that, of the noncarbonated waters it tested, Deer Park and Tourmaline Spring contained over 1 ppt of PFAS.

“Tourmaline Spring says the amount of PFAS in its bottled water is below the levels set by the IBWA [International Bottled Water Association] and all states,” per Consumer Reports. “Nestlé, which makes Deer Park, says that its most recent testing for the brand indicated undetectable levels of PFAS.”

Meanwhile, La Croix, Canada Dry, Perrier, and several other brands of carbonated waters contained over 1 ppt PFAS, according to the study.

“All carbonated water that CR tested fell below legal limits for heavy metals, and none had arsenic levels above CR’s recommended maximum of 3 parts per billion. But many products had measurable amounts of PFAS,” Consumer Reports explained. “There are a few possible reasons. Phil Brown, at the PFAS Project Lab at Northeastern University in Boston, says the carbonation process could be a factor. The source water could also have more PFAS, or treatment used by some brands doesn’t remove PFAS to below 1 part per trillion.”

It should be noted that the IBWA has refuted the conclusions of the study.

“The International Bottled Water Association challenged the testing method used by Consumer Reports, arguing it ‘cannot accurately and reliably detect the amount of PFAS in bottled water,’” Today reported. “The trade group also said claims that bottled water with PFAS levels above 1 part per trillion posed a human health risk were not based on sound science.”