Smart Water Network Innovations: Getting Ahead Of The Curve 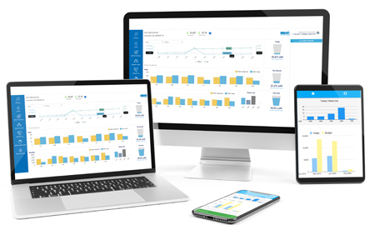 As upward pressure on public agency services costs — cities, water agencies, etc. — continues to increase, utilities must get smarter. Progressive leaders are looking for forward-thinking smart city/smart agency initiatives. These include scalable communications networks with open architecture that can grow with their communities.

Water management is no exception. Solutions that employ such smart city networks, while helping develop and leverage partnerships between water suppliers and their customers, will reap the most benefit now and into the future. One such solution has pioneered several innovative features that make it deserving of a closer look.

Two Ways Are Better Than One

“Smart communications grids” are those that leverage digital technology to improve infrastructure, asset management, and environmental, financial, and social aspects of urban life. Included in this category are open, “smart” water networks — the wave of the future. The innovations forming this wave are already making a splash.

According to TechRepublic’s Smart Cities Cheat Sheet, “The International Data Corporation (IDC) defines smart city development as the use of smart initiatives combined to leverage technology investments across an entire city, with common platforms increasing efficiency, data being shared across systems, and IT investments tied to smart missions.”

Certainly, water system management is one of those areas ripe — if not overdue — for true smart initiatives. When automatic meter reading (AMR) technology debuted in the mid-1980s and rapidly proliferated through the 1990s, it was a boon for utilities and water management agencies. But that’s yesterday’s solution to yesterday’s challenges.

Now, the world is becoming more urban. Sixty percent of the world’s population is expected to live in cities by mid-century. It’s time the one-way benefit of AMR is replaced by modern technology that connects, engages, and empowers both water providers and end users. Today’s fast-moving agencies require a revolutionary meter monitoring/valve control solution that benefits both utilities and their customers.

Part of such a system would include the recognition that — with rapid and ever-changing cyber technologies — agencies are not in the position to own and maintain the kind of large, robust communications networks needed to power smart cities. They need to instead work with vendors who, while fully understanding the technologies they will need to work in concert with, specialize in their area of expertise and leave the rest to experts in their respective fields.

As cited in the Water Online article Smart Water Networks And The Choices Ahead, “Historically, a water utility would select a vendor to provide both the metering technology and the communication network infrastructure. While this approach had the benefit of a single point of contact responsible for delivery of an entire system, it didn’t take into account all lifetime cost-of-ownership factors, or the possible redundancy that was created due to overlapping communication systems within a single municipality or geographic region.”

Such oversights are no longer sustainable. Cities that are truly smart will retain or create their independence from proprietary networks that reduce their agility in staying ahead of the curve. They must be able to anticipate and implement best-in-class communications capabilities and the best adjunct solutions that will use those networks.

Water management systems are no exception.

A Sparkling Vision Of The Future

Ideally, a smart water network would provide affordable, easily deployed hardware that harnesses the power and immediacy of third-party, cutting-edge telecommunications. This would enable access to infrastructure and wireless capabilities that may already be part of the grid or are slated for future installation.

Due diligence concerning available options is critical to making a sound investment in an agency’s future. Without it, an agency intent on positioning itself well for future growth could instead find itself trapped in a system of proprietary technologies that only perform well together, but not in concert with others outside their ecosystem.

The ideal smart water network would not only perform remote meter reading, but also allow utilities and their customers access to real-time data on water usage, potential leaks, and other actionable information. A bonus would be the ability of the customer to remotely close a valve, shutting down suspected leaks until they can be assessed or — in the case of a major break — mitigating loss until permanent repairs can be made. In addition, it would provide the handling of other Internet of Things (IoT) applications over the same network, to extend levels and capabilities of system management.

All these robust features would provide cost savings to providers by eliminating the need for multiple data-handling systems, drive-by or touch meter reading, most search-and-assess field trips, and a host of other functions now handled by direct and costly labor deployment. Ultimately, such a network would create an important and necessary partnership between providers and customers in meeting tomorrow’s ever-growing demand for water conservation.

With more computing power in their pockets than the first Apollo moon landing’s guidance system had, modern Americans have come to expect immediate, two-way communication with product and service providers.

American consumers are not shy about using social media and the internet to express unhappiness with dashed expectations or to get help with needed information. They are also beginning to understand that cyber-communication technology can also help them proactively connect with commodity service providers, previously difficult or impossible to reach.

Millennials and every generation to follow will soon be demanding more information about — and control over — their potable water usage.

IoT now powers everything from mobile banking to telecommuting. The COVID-19 outbreak has forced all generations to become conversant with cyber-technologies if they want to stay in touch. These newly tech-savvy citizens will soon start wondering aloud why they must still put up with being ambushed by unexpected bills for massive usage spikes spurred by leaks that were completely unknown to them and/or out of their control.

They will be expecting utilities to implement their on-demand access to data that can help them anticipate and even control their usage, and to provide early warning of leaks before they become costly and damaging. Despite increasing talk about conservation, end users generally remain ill-equipped to participate in the process.

Water customers aren’t the only ones who would benefit from such technology. Municipal utilities, water authorities, and agencies looking for significant, long-term cost efficiencies can leverage IoT by replacing aging AMR hardware with advanced metering infrastructure (AMI)/IoT, or AMIoT, solutions. These are innovative metering technologies that interface with new local edge networks, remotely reporting back to the water authority and empowering the customer like never before.

Edge networks are those whose communications take place on the ground, without having to engage the internet — a cloudless solution. More savings could be realized if that edge network consists of utility-owned, Bluetooth-powered communication lines that gather local signals before bouncing them over to the telecom-owned RF or cellular grid. Keeping the signal off such proprietary infrastructure until absolutely necessary would not only speed up real-time data transmission, it would drastically reduce expensive telecom provider bandwidth usage.

This unique technology would create a path for device providers to develop “smart water” home appliances. The water meter — once a one-trick pony — could then become a critical sensor that enables edge machine-to-machine communications, much like Nest consumer-level technology.

According to a 2018 study by Utah State University that surveyed nearly 200,000 miles of water pipelines in more than 300 municipalities in the U.S. and Canada, serving more than 14 percent of the two countries’ total population:

It’s clear that non-revenue water is taking a serious bite out of operating budgets, both through leakage loss and the costs of infrastructure repair and replacement. But is smart city technology really the solution?

It appears so. That previously mentioned IDC report noted that, around the world, smart city technology spending reached $80 billion in 2016, expected to grow to $135 billion by 2021. With increased urbanization, it’s difficult to imagine a scenario in which this trend will not continue for the foreseeable future.

Obviously, those with control over the purse strings recognize the economies of scale and efficiencies to be achieved through bundling together the digitization of many municipal functions. That’s exactly what smart city technology makes possible.

Having established smart city technology as the direction for future development, the next logical question for utility managers to consider would be which specific technologies to embrace. The right choices now will see savvy water authorities reaping the benefits of staying ahead of the curve, with technologies poised for extensibility and scalability. Those who skimp on due diligence in discovering the right solutions will find themselves saddled with an installed base of quickly outmoded proprietary equipment and distribution components.

Aside from primary water-related functions, informed technology specifiers will understand the importance of choosing an AMIoT (not just limited AMI) water monitoring and reporting system that:

A significant bonus would be a system that can easily piggyback on existing infrastructure. This would save huge amounts of time and money, compared to others that require old equipment removal. If the new system is modular, it can be installed on an as-needed basis to replace old AMR and manual-read meter registers. This way, managers can decide whether it’s more efficient and cost-effective to retrofit entire blocks at a time, or just on an individual basis.

Equally as important to the agility of the physical equipment, new IoT systems should generate data that doesn’t simply replace that from existing systems, but surpasses it in richness and usability. Imagine, for instance, having 24/7 real-time data on water line leaks, without having to wait for seasonal deployment of pipe inspection and repair crews — completely possible with smart metering. Such components would continue to be a vital part of a healthy, robust water distribution and monitoring system, far into the future.

Of course, any serious candidate for such deployments must be designed to the highest standards of security. Though managers will want an open architecture system to allow for growth and extensibility, that openness must be closely guarded against external cyber-invasion, hacking, and malware.

One potential comprehensive solution for water providers to consider for upgrading their current water metering to meet smart city standards, now and into the future, is the Subeca Series Water Management System.

This three-component, five-function system forms a complete end-to-end water metering network that provides utility and customer monitoring and control interfaces like no other. The control software offers not just granular water usage information, but also continuous real-time data and alerts for utilities and their customers, leak detection, and first-of-its-kind two-way communication for customer-shared remote valve control.

Because it’s built on open architecture, the Subeca System integrates quickly and easily with any existing IoT infrastructure, or expands into new IoT applications. Based entirely on wireless standards meeting stringent ISO/IEC 27001 requirements for information security management, this system allows agility rather than locking into random, proprietary technology that could hinder future growth and robustness. In fact, once it’s installed, the agency then owns an open LoRa IoT network that can be used for more than 200 other smart city applications.