Smart Water Networks And The Choices Ahead: The Future Of Advanced Metering Infrastructure (AMI) For Water Suppliers 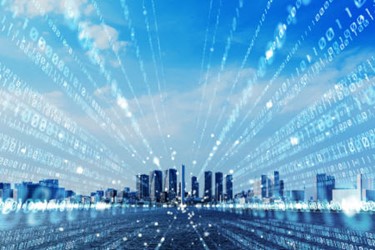 Many water utilities continue to evaluate the costs and benefits of investing in smart metering to reduce operational costs and help recover revenue from water losses. Smart metering can also provide customers with more granular consumption data to help them protect their property from water damage and better manage their water expenses.

While many water suppliers continue to build business cases to justify the typically large capital expenditures necessary to deploy a systemwide smart metering platform, a potentially bigger question has emerged relating to the type of communication technology to the utility should select.

Historically, a water utility would select a vendor to provide both the metering technology and the communication network infrastructure. While this approach had the benefit of a single point of contact responsible for delivery of an entire system, it didn’t take into account all lifetime cost-of-ownership factors, or the possible redundancy that was created due to overlapping communication systems within a single municipality or geographic region.

The Emergence Of The Smart City

At the same time water suppliers are considering ways to improve operational efficiency and save costs, cities more generally are developing long-term strategies to build sensors into a wide range of city services in order to improve service levels and lower costs. Some examples of smart city initiatives include:

All of these applications, as well as many others being contemplated by forward-thinking city planners across the country, require various sensors being installed throughout city infrastructure to capture data and automatically make decisions to improve service quality and generate municipal revenue.

Installing sensors, however, is only part of the challenge in implementing the Smart City. All of these sensors strewn throughout the city must also be equipped with small radios to transmit the data they are receiving back to a centralized server for cleaning, interpretation, and future action. Artificial Intelligence software and cloud services are the backbone or ‘brain’ of the smart city. The ability for smart devices to communicate back to the central interpretation system is critical to conduct the choreography required for these complex systems to work and deliver the intended value their designers tout.

Ultimately, the crux of the smart city is actually a reliable communication network. This is where things get tricky. There is a phalanx of vendors approaching various departments within a municipality trying to sell communication technologies designed for typically narrow applications. It is increasingly common to find a city whose energy utility has their own proprietary fixed wireless network for delivering electric or gas consumption data while the water utility builds out its own, separate network for effectively the same purpose. This uncoordinated approach is leading to system redundancy and unnecessary costs for cities.

Of course, the vendors of these communications networks would love to maintain the status quo as it gives them the opportunity to sell more network equipment, software packages, and data plans to different departments within the same municipality.

What alternative, then, do cities have other than to take the recommendation of their various legacy providers of meters, streetlights, and trash bins? The answer is obvious. Who specializes in building out massive, reliable voice and data communication networks throughout the world? Telecommunication companies, of course.

The Rapid Evolution Of Telecom

One of the concerns many water suppliers have when it comes to investing in a cellular infrastructure solution is the rapid pace of technological evolution. The speed that technology has evolved from 3G, or third-generation cellular networks, to the current 5G networks has been less than 20 years. Consequently, it is reasonable for utility managers to be wary of investing in AMI endpoints that may become stranded assets when the cellular networks they rely on no longer support legacy communication protocols. 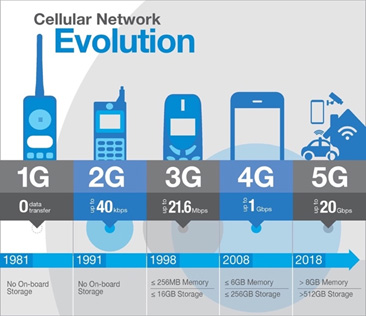 When looking at the ongoing investment in technology from the perspective of the large telecom companies, you can understand why they have taken such an aggressive approach to rapid evolution. Cellular connectivity is effectively a commodity service with the leading providers competing mostly on price since the emergence of mass market cellular service in the 1990s.

The Telecommunications Act of 1996 was a major piece of legislation that had wide ranging impacts on the industry. The Act ushered in the era of Local Number Portability (LNP), which led to increased competition among cellular providers. Since customers were no longer beholden to a given provider to retain their mobile phone number, they were free to chase the lowest prices, best connectivity, or highest quality of customer service. This led to lower service costs and, consequently, lower margins for the telecom providers. While mobile device adoption grew rapidly in the early years of the new century, the race to provide faster networks and support the most modern wireless devices became more important than ever to retain customers and drive subscriber growth.

The telecommunication providers had a vested interest in building the newest, fastest networks as quickly as possible to maintain and grow market share. Also, given that most mobile devices have a replacement rate of less than two years on average, there was no incentive to maintain legacy cellular networks for decades. It’s no wonder water utilities, looking to invest in meter communication systems whose devices have a useful lifetime of up to 20 years, were concerned that the cellular networks would pass them by far before the meters and registers needed to be replaced.

Telecom Commitment To The Future

Companies such as Verizon and AT&T have spent billions of dollars over the past couple of decades desperately trying to keep up with customer demand for higher-quality data services for the omnipresent smart devices that we carry around in our pockets. But the prize is bigger than just consumer services. The major telecoms recognize that investments in their networks can be used for a new class of applications beyond consumer communications. Municipalities are the next frontier of growth and the prize is substantial for the winners. These companies are now clearly vying to become the communication infrastructure providers for the smart city of the future. There are billions of dollars of revenue at stake and they are taking the challenge very seriously.

Of course, along with this new opportunity comes some fresh challenges. The devices and sensors deployed for many smart city applications are no longer dependent on high-speed data networks. Also, cities expect that the investments they make in smart sensor hardware will deliver value for decades, not just a few years.

The telecoms understand these requirements and have embraced new network technologies that can deliver on these capabilities to win smart city business when competing against a large number of legacy water meter and network technology vendors. Along with this commitment to new technologies, the telecoms also recognize they will need to maintain backward compatibility with these new communication protocols for the expected lifetimes of the various sensor equipment if they expect to win the municipal business.

This reality is a sea change from the previous generation of cellular network solutions for smart metering, which were not aligned with the business models and long-term economic incentives of the cellular network providers.

Another interesting change in the evolution of AMI are new business models generally referred to as network-as-a-service (NaaS), which allow water suppliers to ‘rent’ or ‘lease’ network capacity over time without the need to make substantial, upfront capital commitments. This approach spreads financial risk over time as the cost of the network buildout is borne by the communication vendor. Just as you pay a monthly fee to your mobile phone provider to use data capacity on their network, so can a water supplier pay monthly or annual service fees to a network service provider whether it be a traditional cellular company such as Verizon or AT&T, or an upstart LoRa service vendor.

In certain cases, the vendors of AMI endpoints that may be attached to existing water meters include the cost of the network communication with the price of the device. This approach provides cost certainty to the utility and avoids the need to continually provision budget for ongoing network communication expenses into the future. The long-term cost of ownership using this approach is typically 30 percent lower than the legacy approach of building out proprietary fixed-wireless networks for specific smart city applications such as smart water metering.

Fortunately, the selection of a communication backbone for a new AMI system is not an all-or-nothing proposition for water utilities to contend with. It turns out that many of these emergent communication technologies can actually work in concert with each other. For example, while a wireless network may use LoRa for device-to-gateway communications, the backhaul portion of the network, or how the gateway communicates with the central control system or master database, may use standard cellular communication services.

Another strategy being utilized is to deploy LTE-M endpoints to a majority of water meters where cellular coverage is ubiquitous, but deploy a select number of LoRa gateways for remote locations where cell service may be less reliable. The best-in-class AMI endpoints support multiple radios in the device design, which allows them to communicate over more than one network, and even dynamically switch between networks based on the best available communication signal.

This means that a water supplier can afford to experiment with a variety of technologies that provide flexibility and broad service territory coverage as long as the IoT devices they select for their meter registers are capable of supporting multiple standards.

What all of this leads to is the unavoidable conclusion that, at minimum, there is a viable and cost-effective alternative to the traditional approach of building proprietary fixed-wireless networks to support the deployment of AMI for water utilities. Not only does this new approach prove to be more cost effective, but it’s also more rational from the position of nearly any water supplier. Utilities are structured to procure, treat, deliver, and bill for clean, potable water. They are not staffed with electrical engineers who are experienced at designing, building, and maintaining wireless communication networks.

In the increasingly complex world of sensor data, analytics software, water loss monitoring equipment, condition assessment tools, and a host of other technology-driven solutions, it no longer makes sense to take on the additional cost and hassle of the communication network. A better alternative is to outsource this increasingly commodity service to vendors that are best suited to affordably deliver and maintain the service. Complexity inextricably leads to increased specialization, and water utilities have enough on their hands as it stands. If we all acknowledge our strengths and continue to invest where we provide the most value, we can leave the rest to the folks who have dedicated their careers to addressing a different set of complex challenges.

This is the way of the modern world and leads to higher-quality, lower-cost, and more satisfying outcomes for both water utilities and their customers. While the benefits of specialization have been evident for a long time, with the advent of a new class of sensor and communication technologies at our fingertips, this approach to building the future of water utility management is more important than ever.