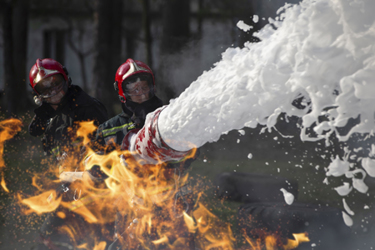 The U.S. House of Representatives’ version of the National Defense Authorization Act (NDAA) for fiscal year 2021 (H.R. 6395) includes some positive developments for communities and community water systems impacted by contamination from per- and polyfluorinated substances (PFAS) used at nearby Department of Defense (DoD) installations. The House Armed Services Subcommittee on Readiness approved its markups for H.R. 6395 on June 23, 2020 and the entire House voted on July 21, 2020 to pass the measure by a margin of 295 to 125. The Senate’s version of its NDAA (S. 4049) passed on July 23, 2020 with an 86 to 14 vote. Unfortunately, differences between the separate pieces of legislation — which do not include the same focus on PFAS study or remediation — still need to be negotiated in a conference between the two legislative bodies later this year.

While PFAS chemicals in the environment can come from a variety of industrial- and consumer-product sources, their presence in aqueous film-forming foams (AFFFs) used in firefighting training at military bases has led to a number of high-profile stories in recent years. Nationwide, there are about 400 active and former military facilities with known or suspected PFAS issues.

H.R. 6395 reflects the gist of a DoD PFAS Task Force Progress Report published earlier this year. According to the Readiness Subcommittee website, the bill “continues efforts to address contamination associated with per- and polyfluorinated compounds around military installations.” In describing the work at hand for a review of the markup of H.R. 6395 by the Readiness Subcommittee, chairman John Garamendi stated that, “we build on previous efforts to address PFAS contamination around military installations, and we remain committed to working with the Department in an effort to find an alternative firefighting foam.” The focus of the bill also “improves accountability and transparency of DoD PFAS releases and ensures that all National Guard forces can access the Defense Environmental Restoration Account,” according to committee Ranking Member Doug Lamborn.

Page 15 of this Armed Services Committee summary of H.R. 6395 spells out 11 specific areas in which the DoD should continue its efforts to address contamination associated with PFAS compounds — including perfluorooctanesulfonic acid (PFOS) and/or perfluorooctanoic acid (PFOA) — related to military installations. They include:

The military started using AFFFs containing PFAS after a disastrous fire on board the USS Forrestal in 1967. The performance properties of PFAS-laden AFFFs make them the most effective method for suppressing large fuel fires to save the lives of armed-services personnel. One of the most critical features is AFFF’s ability as a surfactant to prevent escaping fuel vapors from feeding the fire or contributing to flare-ups or burnback after initial suppression (Figure 1). 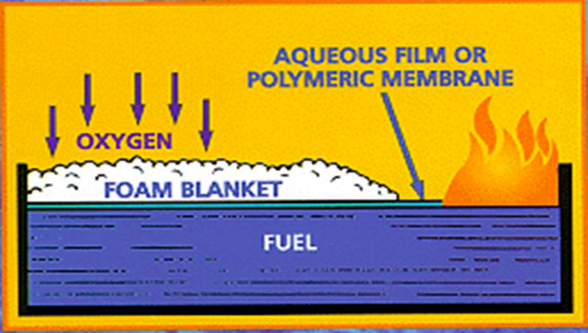 Figure 1. The challenge to fluorine-free foams currently being tested as alternatives to existing AFFFs is that they do not exhibit the same level of quick fire-suppression performance as these PFAS-related properties:

Unfortunately, PFAS compounds (nicknamed ‘forever chemicals’) do not break down naturally in the environment. Because they readily percolate down into groundwater sources, they present costly removal problems for water utilities. In 2016, the U.S. EPA issued a health advisory that recommended a limit of 70 parts per trillion for PFOS and/or PFOA in drinking water. While the DoD has committed to supporting those limits in areas surrounding its affected bases, many community water systems and their customers have advocated for even lower levels in their drinking water treatment.

H.R. 6395 requires the DoD to “meet or exceed the most stringent standards” for removal or remediation of PFOS or PFOA contamination originating from DoD or National Guard activities. Those standards include enforceable state or federal standards under the Comprehensive Environmental Response, Compensation, and Liability Act of 1980 (CERCLA) and Safe Drinking Water Act standards.

Looking To The Future: The Challenge Of Finding A PFAS Alternative

The DoD has certainly devoted increased attention to the PFAS issue in recent years. Since 2016, the DoD has prohibited the use of AFFFs for maintenance, testing, and training, and used them only to respond to emergency events.

Looking toward the future, H.R. 6395 continues to support DoD’s work on effective fluorine-free alternatives to PFAS-based AFFFs. Despite those efforts, however, no alternatives have yet been found that can meet the DoD’s strict standards for rapid, effective fire suppression. This presentation from a 2019 symposium underscores the complexity of that ongoing challenge.