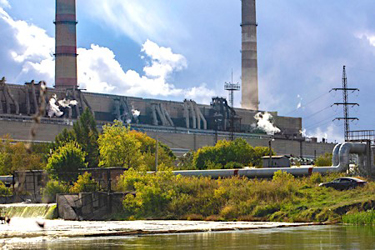 The National Pollutant Discharge Elimination System (NPDES), introduced as part of the 1972 Clean Water Act, has come a long way in terms of restoring water quality in numerous U.S. waterways over the last half-century, and it continues to evolve as new challenges and new technologies emerge. Its latest update, due to go into effect on July 19, 2021, expands the analytical test methods available to governing bodies, industries, and municipalities for compliance reporting under the NPDES permit program.

This U.S. EPA fact sheet on the Proposed Clean Water Act Methods Update Rule for the Analysis of Effluent outlines the broad scope and intent of the changes and includes links to both the EPA’s overview of the regulatory changes and the specific language in the Federal Register (Docket ID: EPA- EPA-HQ-OW-2018-0826).

For individuals or organizations new to the NPDES program, the EPA webpages on the overall program and on the details of Clean Water Act Analytical Methods are good places to start. Individuals already involved with NPDES reporting will benefit from knowing that the Methods Update Rule incorporates “revised EPA methods; new or revised methods published by voluntary consensus standard bodies, such as ASTM International and the Standard Methods Committee; new and updated methods developed by the U.S. Geological Survey; methods reviewed under the Alternate Test Procedures (ATP) program; and minor changes to quality assurance and quality control within individual methods.”

According to the fact sheet for this latest update, the rule changes have been made to provide “increased flexibility to the regulated community, improve data quality, and update Clean Water Act methods to keep current with technology advances.” With the exception of some minor edits made to correct inconsistent language, typographical errors, and inadvertent omissions and errors, the entire content of the proposed rule has been adopted in the final rule. Entities affected by the updates in approved test methods are advised to verify the final details of the rule change as officially published in the Federal Register.

Revisions in this latest update to NPDES testing technologies encompass a combination of new methods and variations of previously approved EPA methods, methods from voluntary consensus standards bodies (previously incorporated by reference), and previously approved technologies. Publicly available descriptions for many of those updates are accessible as electronic files downloadable directly from the Federal Register. But not all of the specifics in the update are available online. Some documents indexed in the Federal Register are available as hard copies only, due to copyright regulations (e.g., Standard Method 9221, Estimation of Bacterial Density).

Interested parties can search the Federal Register for potential references to methods that might impact their specific NPDES reporting requirements. Commonly tested parameters referenced in the latest updates include:

According to the Federal Register, the parties affected by the rule change fall into three major categories.

Although the list above represents a majority of the potentially affected entities, language in the Federal Register acknowledges that other water-discharge sources not described there could also be affected by the new rules. It recommends that they “carefully examine the applicability language at 40 CFR 122.1 (NPDES purpose and scope), 40 CFR 136.1 (NPDES permits and CWA), and 40 CFR 403.1 (pretreatment standards purpose and applicability).”

Wastewater treatment plants with questions about how their facilities might be impacted by the new Federal Register listings can communicate directly with a designated EPA Engineering and Analysis Division contact for this rule, using the phone or email contacts listed in the Methods Update fact sheet.