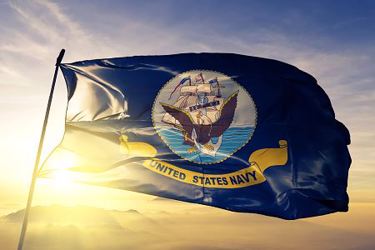 An investigation into severe drinking water contamination at one of the world’s most pristine locations has found that failures in on-site military conduct were to blame.

“Navy officials’ lack of on-scene leadership in the days following a fuel storage facility leak led to the contamination of thousands of Hawaii residents’ drinking water last year, a pair of newly released investigations found,” per CBS News. “The response fell ‘unacceptably short of the Navy standards for leadership, ownership, and the safeguarding of our communities,’ Vice Chief of Naval Operations Admiral William Lescher wrote.”

In November 2021, a Navy jet fuel storage facility leaked almost 20,000 gallons of gas into Oahu’s drinking water source, forcing thousands of consumers to evacuate their homes. The incident motivated harsh words for the military branch from the local drinking water utility leader and required some $350 million to address. The storage facility in question is set to be emptied and closed by the end of 2024.

Now, following the recent probes into fault for the issue, it appears the leak has led to the punishment of numerous Navy officials as well.

“The investigation did not disclose which officials have been reprimanded, but the head of the U.S. Pacific Fleet, Admiral Samuel Paparo, told reporters … a ‘number of people’ are no longer in their assigned positions, and there could be more accountability after a separate probe,” CBS News reported. “Paparo said … that leaders at the scene in November were slow to communicate that the leak contained fuel, not water, and presented ‘overly optimistic’ assessments of the extent of the spill.”

However, there is some controversy regarding accountability for at least one on-site Navy leader, who was given a prestigious award upon retirement shortly after the incident.

“Capt. Erik Spitzer … was criticized in the midst of the water crisis for providing conflicting guidance that residents’ water was safe in the days after the fuel leak,” according to Task And Purpose. “But during [his] change of command ceremony, Spitzer was awarded the Legion of Merit Award.”

Regardless of any specific punishments, it’s clear that the Navy has found this damage to drinking water to be unacceptable, and consumers as well as water managers have reason to believe its highest ranks have learned an important lesson.