Honolulu Water Utility Chief: Navy Will "Need To Deal With Us" Over Contamination 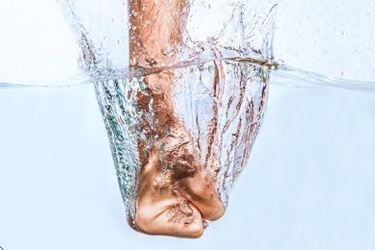 After a military branch’s fuel storage facility was found to be contaminating some of the world’s most pristine waters, a local utility chief refused to mince words.

“The Honolulu Board of Water Supply’s manager and chief engineer said … that if the Navy refuses to drain its Red Hill fuel facility, the water utility is prepared to fight to protect the aquifer underneath it,” Honolulu Civil Beat reported. “Ernie Lau, whose longtime warnings about the fuel facility’s threat to drinking water were realized this year, said at a press conference that the Navy should follow an order from the Hawaii Department of Health to empty its fuel tanks.”

The tension stems from a recent revelation that a petroleum leak at the Navy’s Red Hill Bulk Fuel Storage Facility had contaminated Honolulu’s drinking water supply.

“Red Hill Shaft contained petroleum levels that were 350 times the level considered safe, and … some 3,000 military members and their families have been relocated to temporary housing,” NPR reported. “The Navy says it’s found the source of the gas leak, but state officials and environmental activists are still calling for the facility to be permanently shut down.”

Some of the 93,000 consumers impacted by the Navy’s water system have reported feeling ill and sought medical treatment. While everyone seems to agree that these safety concerns need to be addressed, a Department of Health order appeared to leave open the potential for the Navy to resume utilizing the fuel storage in the future. This is a point that Lau has disagreed with, calling for a double wall along the fuel tanks as well as the pipelines that transport the fuel.

For Lau, and many of those charged with keeping Honolulu’s drinking water safe, the battle with the Navy has been ongoing since at least 2014, when an administrative order on consent was administered to the military branch after 27,000 gallons of fuel leaked from one of its Red Hill tanks.

“We are in it for the long haul,” Lau said at the press conference, according to Honolulu Civil Beat. “We’ve been in this for eight years. We will not stop. I’m not trying to threaten the Navy, but understand that you are going to need to deal with us, whether you like it or not.”