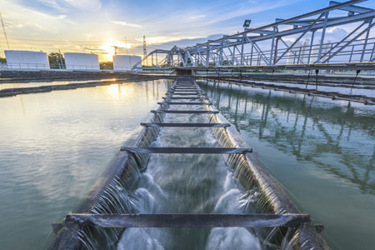 Billions of dollars are spent each year to renew, replace, expand, or upgrade water systems. The need to do more, and spend more, increases each year. That’s because the country’s aging water infrastructure has been neglected for too long.

This is an alarming issue for public officials at all levels of government. It would be even more alarming to citizens, taxpayers, and the public at large if there were more visibility into what is happening with these public assets.

To address the problem, at least to some degree, private sector firms in the water industry will benefit from an abundance of contracting opportunities in 2021. Here are but a few examples of large water-related projects that will be launched this year.

Public officials in Suffolk County have announced plans to spend $464 million on sewer infrastructure projects between 2021 and 2023. The capital investment will include $63.1 million which is allocated for projects related to the expansion of one wastewater treatment plant. Another $62.9 million is earmarked for construction of a new pump station and force main. An additional $50 million is earmarked for water studies, some of which include design work.

County leaders in Hillsborough County have finalized a plan for water resources that calls for expenditures of $210.7 million between now and 2025. The funding is designated to projects related to potable water, wastewater, and reclaimed water. Nine new projects have been added to plan including a new water treatment plant and distribution system with a projected cost of $179.6 million and a second wastewater treatment and collection project with an anticipated cost of $440 million. Other new water expansion and upgrade projects have costs of $30 million, $42 million, and $33 million.

Baltimore County has $57.3 million in its 2021 budget for water improvements. The funding will be used for a project to expand and enhance a pumping station to regulate water flows. The treatment plant will get new screening and grit removal chambers as well.

The Walker County Water and Sewerage Authority was awarded $9 million from the Clean Water State Revolving Fund. The funding will be leveraged and used for construction of three pump stations and installation of a sewer main. This project will provide the infrastructure required to transmit and treat its wastewater.

The King County Wastewater Treatment Division’s work to protect and improve water quality got a big boost recently with a $96.8 million low interest loan from the U.S. Environmental Protection Agency. This funding is allocated for design and construction of an underground storage tunnel that will hold stormwater and sewage during heavy storms. State regulators have ordered King County to fix a power supply problem related to water resources.

Pennsylvania’s governor announced in January that the state will invest $178 million in 14 water projects in 11 counties. The City of Philadelphia will spend $100 million to construct a 300-million-gallon-per-day preliminary treatment facility. In Mifflin County, the Brown Township Municipal Authority has been allocated $2.1 million to construct a secondary clarifier for the existing wastewater service area. Franklin Township in Lycoming County was awarded $3 million for construction of the Lairdsville sanitary sewer system, 8,500 feet of piping, laterals, and a pumping station.

The U.S. Environmental Protection Agency (EPA) announced in January that 55 new projects in 20 states are invited to apply for approximately $5.1 billion in Water Infrastructure Finance and Innovation Act (WIFIA) loans. This funding will be leveraged to finance more than $12 billion in clean water and drinking water infrastructure projects in communities across the United States. A few of these projects include:

Mary Scott Nabers is president and CEO of Strategic Partnerships Inc., a business development company specializing in government contracting and procurement consulting throughout the U.S. Her recently released book, Inside the Infrastructure Revolution: A Roadmap for Building America, is a handbook for contractors, investors and the public at large seeking to explore how public-private partnerships or joint ventures can help finance their infrastructure projects.