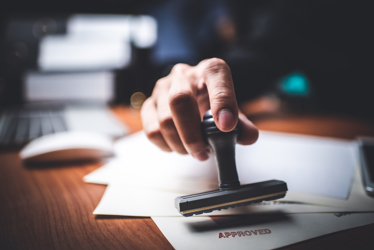 A cutting-edge drinking water treatment facility planned for one of the country’s most water-scarce states now appears in danger of being blocked by regulatory requirements.

“Recommended terms for a permit to build Poseidon Water’s controversial desalination plant in Huntington Beach would make it impossible to get financing for the $1.4 billion project, according to the developer,” The Orange County Register reported. “Regulators question that claim, although they acknowledge that the requirements could create financing obstacles.”

For years, leaders of the project have been attempting to get a permit from the local water quality control board. A recent board meeting saw dozens of comments from both proponents and opponents of the project, and ultimately any final decision was postponed to follow future meetings.

Subsequently, the project would also need permission from a regional board and from the state’s Coastal Commission to go through with actual construction and implementation.

Virtually all parties would agree that new avenues for drinking water are needed in the region, with California facing a return of drought conditions. But regional rules are now requiring that the Poseidon project obtain all necessary government approvals for environmental mitigation before it can start operation.

“Because of uncertain timetables for the mitigation permitting process, the new requirement would throw into question when the plant could begin operating and generating money to pay back loans, according to Poseidon and potential financiers,” per the Register. “Poseidon is not objecting to the mitigation work, which has expanded significantly at the request of regional board members. But the company is concerned with the newly proposed requirement prohibiting plant operations until all mitigation plans have been approved.”

However, from the regulatory perspective, operating the plant without these approved mitigation plans in place would be reckless.

“When it comes to the mitigation requirements, the [regional water board] staff report defended its recommendation,” according to The Register. “The report says the mitigation permitting mandate is necessary ‘to avoid a situation where (Poseidon) would be operating and impacting marine life without beginning to implement restoration components.’”

One thing is not up for debate, however. As the proposed plant wrestles through regulatory requirements, source water scarcity in Southern California is only growing worse.