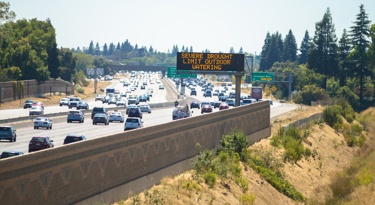 It appears that California’s recent period of source water relief has been all too short as the state once again faces drought conditions that underscore just how large of a challenge lack of this resource can be.

“The state appears in the midst of another drought only a few years after a punishing 5-year dry spell dried up rural wells, killed endangered salmon, idled farm fields and helped fuel the most deadly and destructive wildfires in modern state history,” the Associated Press reported.

Former Governor Jerry Brown declared an end to California’s last official drought in 2017, but a recent survey of the Sierra Nevada snowpack that historically provides much of California’s water indicated that it is at just 60 percent of its average levels. With drought conditions appearing imminent, many Californians are preparing for a return to the measures they undertook last time.

“The 2012-2016 drought required some sacrifice from everyone as Brown ordered a 25% reduction in water use,” per AP. “Residents took shorter showers, flushed less frequently and let their cars get dirty. Many homeowners replaced their lawns with artificial grass or desert succulents.”

Despite making an effort to better protect state aquifers since the last drought, their levels haven’t fully recovered with more drought water scarcity looming. Furthermore, wildfires have ravaged the state since 2017 and the return of drought conditions will likely exacerbate this problem. It’s also likely that the state’s farmers will have to idle certain crops in favor of growing higher-value ones.

While California is a bellwether for source water scarcity issues as one of the country’s most populous and agriculture-dependent states, it is not alone. Much of the American West currently faces drought conditions, with Utah serving as a stark example.

“With 100% of the state experiencing moderate drought and 90% of the state experiencing extreme drought, Utah Governor Spencer Cox has issued an executive order declaring a local state of emergency in Utah and asking residents to conserve water,” ABC 4 reported. “Utah is not alone in its current drought conditions. Most of the Southwestern United States is in the midst of a major drought.”

With the reemergence of drought, consumers and drinking water managers in California and beyond are no doubt hoping that the conservation lessons learned to date and innovations in the space mean a quick return to resource abundance.