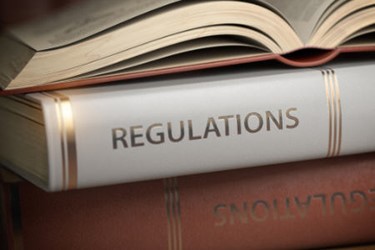 As communities across the country struggle with per- and polyfluoroalkyl substance (PFAS) contamination in their drinking water, the highest offices in the U.S. government appear to be taking action.

“The House Energy and Commerce Committee forwarded … major legislation that would target a cancer-linked chemical that is leaching into the water supply,” per The Hill. “The legislative package targets a substance abbreviated as PFAS, widely used in a number of nonstick products like cookware and raincoats… The sweeping legislation combines 11 different bills that would bolster monitoring of PFAS while forcing stronger EPA regulation of the substance.”

PFAS have been top-of-mind for regulators and drinking water treatment operations for years. They have been nicknamed “forever chemicals” because of their pervasiveness in water supplies and the bodies of those who consume them. Consumption has been tied to serious adverse health consequences.

While many state-level lawmakers have called upon federal regulators and the U.S. EPA to do more to address the contamination, serious action to limit the problem has been slow to arrive. However, this latest legislation, as well as efforts by the Senate Environment and Public Works Committee and EPA, signal that significant changes could be forthcoming.

The latest proposed bills force the EPA to set a drinking water standard for PFAS, which would in turn require drinking water treatment operations to remove it to a certain degree from effluent. As of now, the EPA only enforces a 70-ppt voluntary recommendation for PFAS levels in drinking water.

“But the bill also goes further, requiring PFAS to be covered under the Superfund law, which designates the cleanup of hazardous sites, and imposes a five-year moratorium on the development of new PFAS chemicals,” The Hill reported. “It also calls for greater data collection on PFAS, including requiring the EPA to test the health effects of other forms of PFAS, forcing manufacturers to turn over their data, and making municipalities disclose when PFAS has been found in drinking water.”

“A new U.S. Department of Defense policy appears to disregard safety recommendations drafted by the Environmental Protection Agency for how to handle firefighting chemical contamination in groundwater, drawing criticism from lawmakers and activists who are calling for strict regulations,” per the Burlington County Times. “The chemicals in question are … [PFAS], which have been used for decades in firefighting foams at hundreds of military bases across the country.”

The Energy and Commerce Committee’s package of bills is now poised for a vote before the full House, though it was not immediately clear when that would take place.