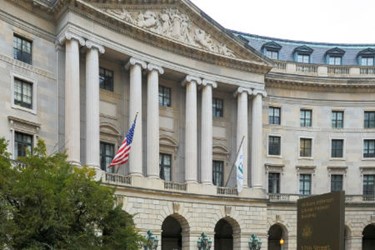 Contamination of drinking water from per- and polyfluoroalkyl substances (PFAS) may be the nation’s most pressing drinking water quality issue. With many calling for the expedited banning and removal of PFAS in water sources, a new U.S. EPA procedure to better assess them may be a concrete step in that direction.

“The US EPA has published a systemic review protocol for the toxicity assessment of five per- and polyfluoroalkyl substances (PFASs) and is now seeking the public’s input on its approach during a 45-day comment period,” according to Chemical Watch. “The EPA has reiterated that the review protocol … is not a toxicity assessment itself, but a protocol that describes how the assessments will be conducted and what procedures will be used.”

PFAS contamination in drinking water has been uncovered around the country. Originally used in industrial products and firefighting foam, the chemicals have found their way into water supplies and consumption has been tied to seriously adverse health effects. The EPA does have health advisories for two prominent PFAS (PFOA and PFOS) at 70 parts per trillion, but many feel that standard does not go far enough in requiring cleaner drinking water. State regulators have begun establishing their own standards and pressing the EPA to do more.

This latest move by the EPA may lead to stricter national standards that require more stringent drinking water treatment of PFAS, or at least better monitoring and handling of the chemicals before they reach water supplies in the first place.

“This is another step in EPA’s commitment to proactively, and collaboratively, tackle [PFAS] and provide the necessary tools to assist our communities with the tools and information they need to monitor, detect and address PFAS,” EPA Administrator Andrew Wheeler said, per Chemical Watch.

After the comment period concludes in late December, the assessments that are then carried out will be meant to create “toxicity values” and determine the specific health effects from exposure to the five PFAS. They are being developed through the EPA’s Integrated Risk Information System.

Meanwhile, the EPA has started a review on two regulatory proposals for PFAS.

“One of the proposals seeks to ensure that various long-chain PFASs can not be imported without review from the EPA,” per Chemical Watch. “The other would add certain PFASs to the Toxics Release Inventory (TRI) toxic chemical list.”

For those consumers and local regulators who feel that they are currently at risk from consuming PFAS in their drinking water, this development may appear to be too little, too late. But this news does appear to represent tangible progress in establishing tighter rules around what have become some of the most prominent drinking water contaminants in the nation.