Forward Osmosis: How It Works, And Why It's Important 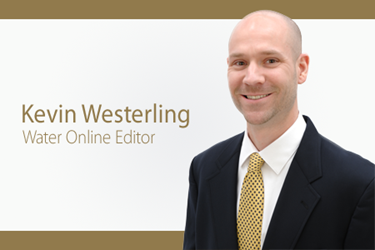 Is this innovative desalination technique ready to topple incumbent technologies? An industry expert explains the benefits and potential of forward osmosis.

Having recently attended the American Membrane Technology Association’s annual conference (AMTA) in Las Vegas, the show was all abuzz about the promising future for membranes. While most of the innovation talk centered on improvements to common polymeric membranes (making them resistant to breaking and fouling) or far-off, research-stage advancements, there was one much-discussed technology that is both truly innovative and fully commercial: forward osmosis.

Simply stated, forward osmosis uses a semi-permeable membrane and a "draw" solution, rather than hydraulic pressure, to separate water from dissolved solids (salts). A clear leader in the field, in terms of mentions at AMTA, is Oasys Water. Though the company has municipal capabilities and aspirations, Oasys is gaining its traction in the U.S. mainly through the industrial market, particularly in oil and gas (O&G) and mining.

For a deeper understanding of how forward osmosis works and how Oasys is approaching and penetrating the desalination market, I conducted the following Q&A with Lisa Marchewka, the company’s VP of strategy and marketing.

How does forward osmosis (FO) compare to reverse osmosis (RO)?

Reverse osmosis uses that same semi-permeable barrier or membrane, but instead of allowing fresh water or lower-saline water to move across to a higher concentration to dilute that side, you do the opposite. You have to overcome that osmotic pressure by using hydraulic pressure to essentially force water through the membrane, leaving the salt behind.

When you think about RO, you think of high-pressure pumps, high-pressure vessels, stainless steel, and lots of energy — because you have to overcome that natural osmotic gradient and then have additional pressure to actually force water through. That's a major difference between RO and FO.

How does Oasys take advantage of forward osmosis technology?

The technology Oasys has today is more focused on treating very difficult water. We're transforming the most challenging water in the world into valuable resources. Seawater is generally thought of as challenging in the water industry, but we're looking at waters that are three to five times the salinity of seawater. Waters from exploration and production in O&G and mining operations come out of the ground at somewhere between 50 and 150,000 parts per million (ppm) of total dissolved solids (TDS). It's much higher than what you would see out of traditional seawater, and we’re able to convert those into freshwater resources.

Initially we were looking at seawater desalination, but recognized that the technology had a much higher value in some markets where RO can't compete — brines, saturated mineral tar pits — areas that you would only be able to use technologies such as evaporation.

What are the energy implications for the Oasys process in comparison to alternatives?

The Oasys technology is performing the same function as an evaporator. It takes a lot of energy, and a lot of high-quality heat to be able to turn water into a vapor and leave salt behind. The difference for Oasys is that because we are not boiling the feed water, but are instead changing the phase of the draw solution, we use much less energy.

Another advantage is that our source heat needed to recover the draw solution can come from multiple places. We can use anything from electricity, to natural gas, to waste heat from a power plant, to renewable energy. We're really agnostic when it comes to the source. We just need a low-temperature heat source.

From a sheer economic standpoint, we're operating anywhere between 30 and 50 percent less energy in comparison to evaporators. That fact, coupled with not having to use materials that need to withstand high heat, gives us a significant advantage.

What were the challenges in bringing forward osmosis technology to market? 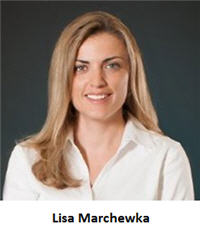 Oasys has taken a full system approach to provide a solution to help ease acceptance and increase adoption. To make that happen, there were two technical obstacles: the membrane itself and the recovery technique.

Oasys spent a tremendous amount of time focusing on the membrane — it’s one of our earliest patents. Because we don't use high feed pressure with forward osmosis, much of the design of a reverse osmosis membrane, specifically the thickness, just reduced performance. The thickness also contributed to internal concentration polarization, or ICP. We learned that the thinner the membrane was, the better. That was the biggest issue in making forward osmosis economical: developing a membrane that allowed good water flux, without being so thin that it broke apart.

Obstacle number two was the recovery technique. With osmosis, water will naturally want to go and dilute the more concentrated stream. But in a system, you have a concentrated solution coupled with fresh water. How do you separate those two things, to keep your draw solution or your salt solution in continuous use and then have a freshwater product?

Oasys has a draw solution that's about eight times the concentration of seawater. For that reason we’re able to have much higher recoveries, and therefore we're not competing with RO. We're competing with evaporators.

The way we remove our draw solution from the freshwater is with low-temperature heat. Our draw solution is a thermolytic salt. When it's heated at a low temperature, it turns from a liquid to a vapor — versus evaporation, where you have to bring water up to a boiling point. We can essentially vaporize that draw solution, bring it around in a continuous loop, and you're left with freshwater.

How do you project the growth of desalination in the U.S.? What factors will influence its rate of adoption?

When Oasys thinks about desalination, we think about desalinating brines. Most of our domestic focus is on industry brines. We’re really looking at the growth in O&G extraction and mining operations. It's interesting because the growth in those areas correlates with the growth of water treatment, and there are three aspects to that:

The first aspect is the cost of fresh water. You need a tremendous amount of water to fracture a well and bring gas to the surface. You need four to five million gallons to fracture a single well. In places like Texas where there is drought, you have to pay to get that water to fracture that well. It's really an issue of being able to have enough water to continue operations.

The second aspect is the cost to treat. If you look at the Marcellus shale play, for instance, it costs anywhere from $10 to $25 to dispose of a barrel of produced water. Some is reused, some is shipped to Ohio. It’s a growing issue. What do we do with this water? How do we reuse this water? Can we reuse this water?

That’s where forward osmosis comes in. Instead of having to move the water or put it down a disposal well, you can treat it and reuse it for continuing operations or for other industrial applications.

The third aspect is stakeholder value. Foremost is regulatory impact. Pennsylvania is a good example because they have regulations for discharging produced water — you have to meet EPA standards of less than 500 ppm of TDS. That’s something you can accomplish with our technology. 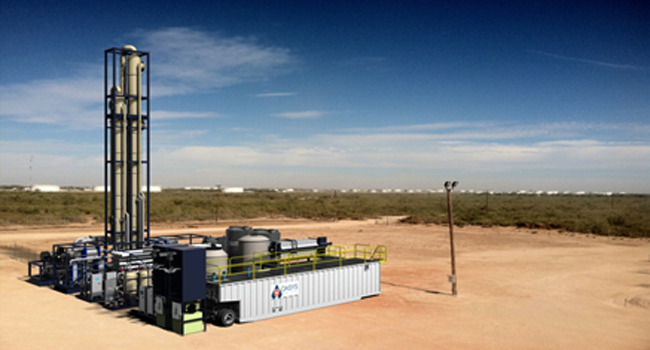 Then there are other, softer things, such as lots of trucks loaded with water rolling through communities and taking up the roadways. How do you mitigate that? Instead of trucking that water, you can just reuse it right there.

What are the membrane characteristics of the Oasys system? How do you address breaks and fouling?

It's interesting. Ultrafiltration was my old world, but this is a much different set of circumstances. Oasys uses a flat-sheet membrane — it can be spiral-wound, or plate-and-frame, or many different configurations — but it's not a hollow fiber, so you're not looking at breakage. You don't have any pressure on the front of the membrane. You're essentially pulling water across because you have that draw solution. So from a physical, structural standpoint, we have yet to see any degradation of membranes due to pressure. That's number one.

The other issue with membranes is always fouling and cleaning cycles, which is an area where forward osmosis has proved its value. Since you don’t have any pressure on the front, you don't have the propensity to have the fouling and scaling on the surface of the membrane in the same way that you would if you were to add pressure.

Because of that, you’re able to get rid of foulants on the surface by doing a back-flush rather than having to do expensive chemical cleans. We actually operated on produced water for about eight months and we never chemically cleaned the membranes.

But it truly is a system, and we believe you need to own all three of the essential elements — the membrane, the draw solution, and the recovery technique — to be able to make it economically viable. It's never really taken off because no one took a systematic approach.

From a general standpoint, for us it's very healthy to have so many people, especially in academic circles, interested in forward osmosis. That only helps the technology gain traction. The more people are interested in doing something of value, the easier it is for us to get a foothold in the market.