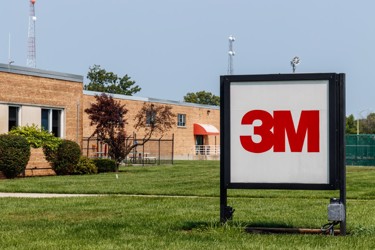 Drinking water treatment professionals and regulators around the country have been working to protect consumers from a pervasive and harmful class of contaminants known as per- and polyfluoroalkyl substances (PFAS), or “forever chemicals”.

Some states have been instituting their own treatment rules and many suspect that stricter federal regulation is forthcoming. Now, in Minnesota, the fight against PFAS has meant holding one of the primary industrial operations responsible for their presence in source water financially accountable.

“After nearly five months of negotiating, the city of Bemidji and Minnesota-based 3M have reached a settlement related to chemicals in local water systems,” Pioneer Press reported. “In the agreement approved by both parties, 3M is now set to contribute $12.5 million to the construction of the facility and the treatment operations.”

The money will help recoup some of the costs that Minnesota has taken on in its efforts to remove PFAS from its water, including $7.34 million for the first phase of a new treatment plant project and $10.1 million for its second phase.

“Funding from the state will help build the project, as will the funds from 3M,” said City Manager Nate Mathews, per Pioneer Press. “The facility will have a new treatment mechanism, resulting in operational costs, and we know we will have to hire an additional staff member to run this plant. These funds will be used for those purposes.”

3M has utilized PFAS in its product processes and leeched the chemicals into the environment during wastewater discharge. Currently, 41 counties in Minnesota are affected by landfills that are leaking PFAS into groundwater, some of which are connected to 3M.

“Groundwater at one landfill, near the Iowa border, shows PFAS contamination more than 1,000 times Minnesota’s drinking water health standard — worse than levels at the former Washington County landfill near where 3M Co. manufactured the chemicals,” the Star Tribune reported. “There is no way to estimate how much it will cost the state to tackle the problem until it examines more landfills.”

PFAS are notoriously difficult to remove from drinking water and they are remarkably long-lasting. While recouping funds from polluters won’t solve this drinking water problem in and of itself, consumers and treatment professionals around the country are doubtlessly hopeful it will help.