Fluoride Lawsuit May Have Major Implications For Drinking Water Utilities 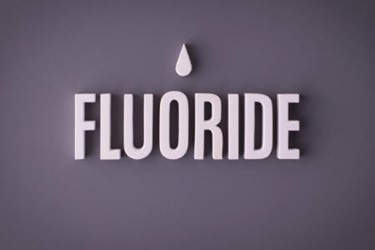 The addition of fluoride to drinking water has been standard practice in the U.S. for decades, introduced as a method for improving dental health. But for nearly as long, coalitions opposed to the practice have fought against it, arguing that water fluoridation is linked to adverse health effects.

Now, a recent legal development could have significant impact on one of the nation’s most hotly debated water quality topics.

“The future of a suit challenging the [U.S.] EPA’s stance that fluoride in drinking water doesn’t pose unreasonable risks to young children was the focus of dueling motions before a federal judge in San Francisco,” Bloomberg Environment reported. “The outcome could determine whether the case proceeds to trial in February, where a court would hear a debate over the risks and benefits of what has been common practice in the U.S. for more than half a century: municipalities adding fluoride to drinking water for dental health.”

This legal battle began in 2016, when a group of health advocates petitioned the EPA to begin the rulemaking process for a ban on drinking water fluoridation. When the agency refused, the group filed a lawsuit, arguing that fluoridation chemicals were harmful enough to qualify for the EPA’s risk assessment policies.

The court did not reveal when a ruling could be expected, but both the EPA and the health advocates suing it are hoping for a judgment in their own favor. Unless a judgment does come soon, a trial would begin in early February 2020.

“The EPA wants the case stopped now, before it gets to trial, and argues that health groups failed to offer evidence demonstrating an unreasonable risk of injury from exposure to fluoridation chemicals in concentrations up to 0.7 milligrams per liter,” per Bloomberg Environment. “The health advocates want the judge to rule that fluoride in drinking water poses an unreasonable risk, that would trigger the need for an EPA regulation of that use of fluoride.”

The ruling could ultimately have major implications for drinking water utilities across the country — and not just in their use of fluoride. If the judge rules in favor of the health advocates, determining that the EPA must prohibit drinking water fluoridation, other groups may use this avenue to circumvent the agency’s standard processes.

“Other groups may see filing a petition with the EPA requesting a new rule as a quicker way to get a chemical regulated or banned than the risk evaluation and risk management process laid out in the [Toxic Substances Control Act],” Erik C. Baptist, a former deputy assistant administrator for law and policy in the EPA’s Office of Chemical Safety and Pollution Prevention, told Bloomberg Environment.