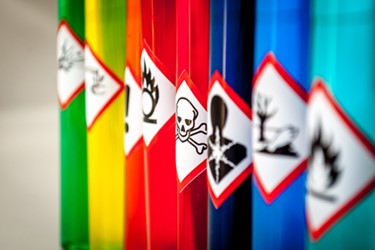 The U.S. EPA is gearing up to limit perchlorate in public drinking water systems, so municipalities should start preparing to adopt the appropriate testing and treatment technologies.

In a recent report, the EPA identified ion exchange, biological treatment, and centralized reverse osmosis as the best available technologies for perchlorate treatment. The recommendations are based on a review by the agency that accounted for multiple factors, including the capability for high removal efficiency; general geographic applicability; reasonable cost based on large and metropolitan water systems; reasonable service life; and compatibility with other water treatment processes.

According to the EPA, non-treatment options that might be used for compliance in lieu of installing and operating treatment technologies include blending existing water sources, replacing contaminated sources with new sources, and purchasing compliant water from another system.

Perchlorate is both a naturally occurring and manufactured chemical. It is commonly used as an oxidizer in products such as rocket propellants, munitions, and fireworks and can be found as an impurity in hypochlorite solutions used for drinking water treatment as well as nitrate salts used to produce fertilizers.

After a long trek toward regulation, the EPA recently announced it will seek public input on several options to regulate the contaminant. While the agency is taking comments on all aspects of the proposed rule, it will pay special attention to affordable compliance technologies for small systems serving 10,000 persons or less. The EPA is also requesting comment on its methodology for deriving the maximum contaminant level goal (MCLG), the underlying assumptions and analysis of its cost and benefit estimates, and other specific items listed in the proposed rule.

In 2011, the EPA determined that perchlorate meets the Safe Drinking Water Act criteria for regulation as a contaminant because it may have an adverse effect on the health of persons and is known to occur in public drinking water systems with a frequency and at levels that present a public health concern.

Since then, the agency has been reviewing the best available scientific data on a range of issues related to perchlorate in drinking water, including its health effects, occurrence, treatment technologies, analytical methods, and the costs and benefits of potential standards.

For more information and to view the pre-publication version of the Federal Register Notice, visit https://www.epa.gov/dwstandardsregulations/perchlorate-drinking-water