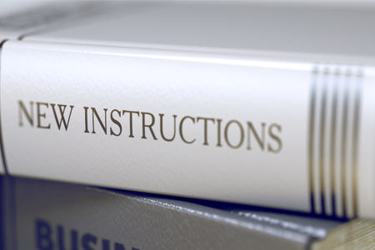 A city in Michigan — located about 180 miles from Flint — seems to have become the country’s latest epicenter for lead contamination in drinking water, as a major federal body orders its water system to fix fundamental causes.

“Federal regulators are escalating their involvement in the Benton Harbor drinking water crisis, directing the city to make technical improvements at its water treatment plant and study plans for its long-term operations through an order that outlines numerous ‘deficiencies’ found during a recent inspection,” Michigan Live reported. “The U.S. Environmental Protection Agency (EPA) directed the city to bring its beleaguered water system into compliance with federal laws.”

Nearly 6,000 lead service pipes serving drinking water to residents were identified recently in Benton Harbor, which can leech the contaminant into effluent as it travels from treatment plants to homes. While the outdated pipelines themselves are the actual sources of the lead that is contaminating drinking water there, the EPA appears hopeful that changes at the local treatment plant can improve the situation.

“In its order, the EPA directed Benton Harbor to improve disinfection and corrosion treatments at the water plant, tighten up monitoring for disinfection byproducts that can cause people to become sick, repair plant filters and contract with a third-party to study ‘alternatives for the long-term operation and maintenance of the system,’” per Michigan Live. “The EPA also directed the city to inform customers when lead above the federal action level of 15 parts-per-billion (ppb) is detected in representative sampling.”

While those fixes appear to be critical in getting Benton Harbor’s drinking water up to federal standards, residents are left relying on bottled water distribution in the meantime. And the ultimate infrastructure fix appears to still be more than a year away.

“Michigan Gov. Gretchen Whitmer has promised to spend millions of dollars to replace the city’s lead service lines within 18 months — a blistering pace for a process that often takes decades,” AP News reported. “For now, residents have been warned not to cook, drink or make baby formula with tap water.”

To read more about how drinking water systems around the country comply with federal mandates, visit Water Online’s Regulations And Legislation Solutions Center.