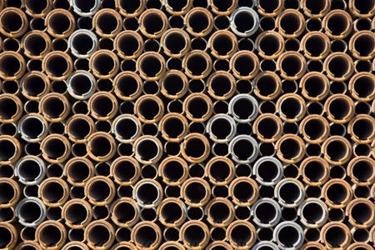 The state that saw history’s highest-profile instance of lead contamination in drinking water is now taking new steps to confront the problem, as the nation at large attempts to address the fundamental infrastructure issues at its root.

“The Michigan Department of Environment, Great Lakes, and Energy [ELGE] … said it is creating a panel of drinking water experts to give advice on how to reduce lead in water systems,” The Detroit News reported. “The selection of panelists, who have yet to be named, comes as ELGE has been under fire for lead violations for three straight years in Benton Harbor in the southwest part of the state.”

Michigan is no stranger to controversy over lead-tainted drinking water, and the urgency of its latest response may be motivated by the infamous, years-long saga around a similar problem in Flint, MI. The ELGE has indicated that it’s concerned with outdated drinking water infrastructure throughout the state, which leaches lead into drinking water supplies as they travel from treatment plants to points of use.

“Corrosion control is particularly important in many communities where older, outdated water treatment infrastructure creates challenges in keeping lead out of drinking water,” the director of EGLE told The Detroit News. “These older systems often serve communities of color and low-income neighborhoods, many of which are disproportionately impacted by health and environmental challenges.”

Benton Harbor appears to be the latest “ground zero” for lead contamination in Michigan, with nearly 6,000 identified lead service pipes serving its residents. But it also appears to represent the significant progress that the state and country are hoping to make on addressing that problem, recently acquiring a $5.6 million grant from the U.S. EPA and a $3 million grant from Michigan to combat the problem. Recently, Governor Gretchen Whitmer proposed $20 million more to address lead drinking water infrastructure in Benton Harbor by leveraging the federal American Rescue Plan Act (ARPA), and the state legislature passed a budget agreement that includes $10 million for the city’s lead problem.

“That could put the city of about 10,000, which is one of the poorest cities in Michigan and whose residents are predominantly African American, on track to replace all its lead pipes within five years,” Pew reported.

If Benton Harbor is able to effectively address the underlying infrastructure problems that cause lead contamination in drinking water, the ARPA may become an effective avenue for additional cities around the country to do the same.

“Michigan is among many states and cities looking to invest American Rescue Plan Act funds in lead pipe replacement,” Pew explained. “While lead problems in places such as Flint, Michigan, and Newark, New Jersey have sparked national outrage for years, replacing outdated water infrastructure is expensive and time-consuming for thousands of communities with contamination problems. The federal money has allowed many governments to jump-start their replacement efforts.”

To read more about the problems that cause lead contamination in drinking water across the country, visit Water Online’s Drinking Water Distribution Solutions Center.