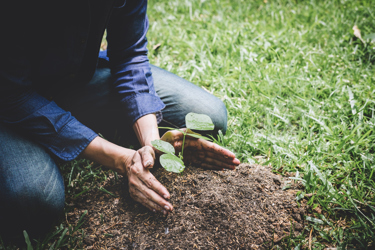 I was in fifth grade on the first Earth Day. There was an abandoned earth mover in the woods near my elementary school, and Mrs. Fields’ social studies class painted it with bright colors to improve our visual environment. It was 1970, Richard Nixon was President, and later that year he would establish the Environmental Protection Agency.

Little did I know then that Earth Day is about science, there are economics within environmentalism, and I would have a career promoting stewardship of the earth.

Clean water is the greatest advancement in public health in the history of the world. In the span of human history, it was not too long ago that foul water was a much greater threat than today’s COVID pandemic. Did you know Wilbur Wright of Wright Brothers fame died of water-borne typhoid fever in 1912, 36 years before his brother’s passing? Frankly, it was not uncommon.