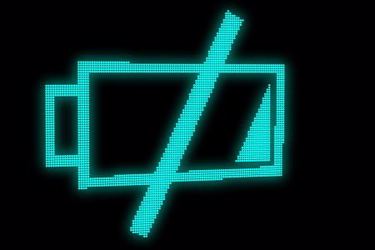 Almost immediately upon taking office, the Biden administration has made it clear that it will prioritize solving the environmental problems faced by the nation’s underserved communities, underscored by a $2.9 billion investment in lead pipe replacement and stricter drinking water contamination limits.

But now it appears that, despite the administration’s hopes for forging stronger federal safeguards around this type of contamination, the costs remain prohibitive.

“After years of neglect, President Biden promised to reinvigorate the EPA as part of his push to tackle climate change and ease the pollution burden placed on poor and minority communities,” The Washington Post reported. “But the agency’s budgetary woes are preventing the nation’s top pollution regulator from doing its job, in ways large and small.”

Upon taking office, Biden requested a $2 billion increase to the EPA’s budget, but only a fifth of that figure was approved, even as the agency’s responsibilities have grown under his administration. In 2021, the agency opened as few civil cases against potential regulation violators as in any other year in the last decade.

And staffing issues appear to be another significant challenge for the agency.

“Under Biden, the EPA hired about 1,400 new employees to help replace the hundreds who left the agency under Donald Trump as covid raged and as his administration rolled back dozens of regulations,” per the Post. “With nearly half of the EPA’s remaining workers eligible for retirement within the next five years, officials are bracing for another wave of departures.”

The downtrends in the EPA’s ability to hold polluters accountable, maintain staff, and secure funding could have significant impact on the nation’s drinking water and wastewater treatment operations, particularly considering that the agency seems to have more executive support than ever.

But even as the EPA struggles to play the role that Biden envisions for it, it remains central to the changing regulations that impact water systems every day. For instance, it recently granted states significantly more power to intervene in oil and gas projects that may impact water quality.

“The U.S. Environmental Protection Agency (EPA) … restored the right of states and tribes to block projects on environmental grounds through the federal clean water permitting process, reversing a Trump-era effort to prevent them from doing so,” according to U.S. News.