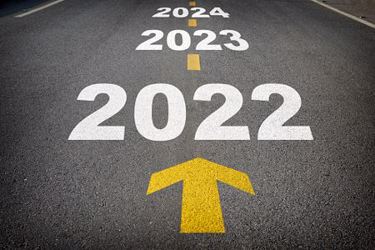 Responding to what might be the most high-profile drinking water contamination issue in the country, the Biden administration has detailed its plan to curb the presence of lead in consumer taps.

“The Biden administration took steps … at reducing lead in drinking water, releasing $2.9B in infrastructure bill funds for lead pipe removal and announcing plans by the Environmental Protection Agency to impose stricter rules to limit exposure to the health hazard,” PBS reported. “The Biden EPA’s requirements are expected to be finalized by 2024 and would require the replacement of remaining lead drinking water pipes ‘as quickly as is feasible.’”

The presence of lead in drinking water, which can cause severe health consequences for consumers, is typically generated by lead-based pipelines, which carry effluent after it is treated into consumers’ homes and can leech the contaminant into this effluent.

Significantly contaminated drinking water has been uncovered across the country, most notably in Flint, Michigan, where victims were recently awarded a $626M settlement. A few weeks ago, residents of Jackson, Mississippi, filed a lawsuit against the city and state over concerns that they had been consuming lead-tainted drinking water for years.

But the fundamental cause of the contamination — outdated infrastructure — is widespread across the country and appears to be the target for the earmarked funds, though even this significant funding likely won’t be enough to completely solve the problem.

“Today, as many as 10 million lead service lines deliver water to schools, offices, homes and day care centers throughout the country,” according to The New York Times. “By one industry estimate, it could cost as much as $60B to replace them all.”

In addition to this effort to address the root cause of the problem, the U.S. EPA will be allowing a Trump administration update to the Lead and Copper Rule to take effect, which would necessitate lead service line replacement if lead drinking water levels exceed 15 parts per billion. While this rule was criticized for what some saw as too slow of a process for replacing lead service lines, defenders said it would eliminate loopholes that allowed water systems to avoid these replacements.

“The Biden EPA said it is considering ways to strengthen key parts of the regulation, including the 15 parts-per-billion threshold,” per PBS.

But even as federal authorities make significant funds available to states to replace their lead pipes, many are not sure exactly how to deploy those funds. That dynamic is one that the Biden administration will have to solve if it hopes to make any real progress around the issue.

“The timeline for lead pipe replacement is unclear even as the White House … announced a long-term plan to remove all the country’s nearly 10 million lead pipes over the next decade or so,” according to Bloomberg Law. “Getting lead-pipe replacement funding to local water systems is going to be time-consuming because the Environmental Protection Agency and local governments have yet to locate all the pipes and learn the necessary federal requirements for distributing the money to communities.”