Can Newark's Quick, Cheap Lead-Pipe Replacement Serve As A Model? 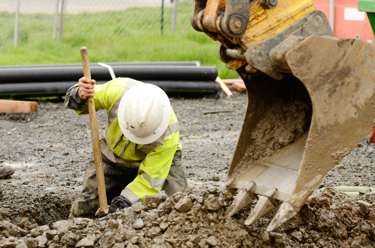 Like many communities around the country, Newark, New Jersey was beset with outdated, lead-based pipeline infrastructure that had the potential to leech the contaminant directly into drinking water as it traveled to consumers. But now, the city stands as a model for how others can address the problem and leave consumers safe.

“A project to fix thousands of lead-contaminated water pipes that threatened the wellbeing of the folks in New Jersey’s largest city is nearly complete, set to be finished years ahead of schedule,” ABC 7 reported. “What started as another dark chapter in Newark’s history has changed to a story of success.”

Following a lead contamination emergency that prompted the distribution of bottled water in 2019, Newark committed to replacing some 18,000 lead drinking water lines that were at the root of the problem. ABC 7 reported that the issue was supposed to take 10 years to resolve at one point, but that it is now close to being complete in only two years.

“I don’t think anyone believed that we would be able to do this much in this short period of time,” Newark Mayor Ras Baraka said of the project, per ABC 7. “We went through a storm, and then the sun came out.”

Newark’s quick remediation of the issue, and the fact that it completed the project without raising taxes or water bills, may serve as an example for other locales around the country that face similar problems.

“Erik Olson, of the [Natural Resources Defense Council], who flagged Newark’s lead problems in a report in 2003, now says Newark could be a model for other cities,” The Economist reported. “A city ordinance allowed workers to replace pipes without the homeowner’s permission… It has been done not only at high speed but also at low cost — roughly $7,000 per line.”

President Biden’s administration has announced an ambitious goal of replacing 100% of lead drinking water infrastructure around the country, which could help unlock federal resources to combat the problem. With those resources, and lessons learned from Newark’s own success, hopefully more cities will be able to address lead-based drinking water contamination once and for all as well.