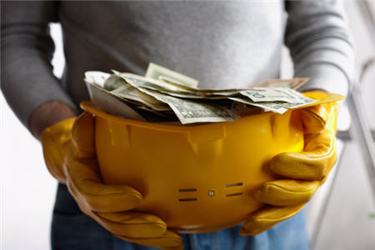 As President Biden introduces sweeping legislation to shape the country in the vision of his administration, it has become clear that drinking water infrastructure will be a major aspect of his plans. Specifically, lead drinking water pipelines are a major part of the multi-trillion-dollar American Jobs Plan Biden introduced last week.

“The Biden administration wants to take a huge swing at the problem of lead water pipes, proposing to replace 100% of the nation’s lead pipes and service lines,” Bloomberg reported. “To fund the plan, Biden said he’ll ask Congress to invest $45 billion in the EPA’s Drinking Water State Revolving Fund and in Water Infrastructure Improvements for the Nation Act (WIIN) grants.”

Lead-based drinking water pipelines are some of the country’s most outdated infrastructure and have caused some of its most pervasive and harmful contamination issues. Most notably, lead pipelines leached the contaminant into drinking water in Flint, MI for years, leading to an emergency declaration and mistrust in water systems that has persisted to this day.

But there are other water issues that Biden hopes to alleviate through the plan, with some $111 billion earmarked for water infrastructure fixes.

“It calls for modernizing water systems ‘by scaling up existing, successful programs,’ including by providing $56 billion in grants and low-cost flexible loans to states, tribes, territories, and disadvantaged communities,” per Bloomberg. “The plan also calls for $10 billion to monitor and remediate per- and polyfluoroalkyl substances (PFAS) in drinking water and to invest in rural small water systems and household well and wastewater systems, including drainage fields.”

Among debates around the plan’s price tag and proposals of how the funding would be used, few would argue that the country does not need significant investment in its drinking water and wastewater systems. There are numerous recent examples demonstrating how these systems are failing due to years of neglect and lack of investment.

“According to the American Society of Civil Engineer’s 2021 Infrastructure Report Card, America’s aging water systems experience an estimated 250,000 to 300,000 water main breaks each year,” according to the Tennessean. “That’s equivalent to one break every two minutes.”

But the infrastructure plan still faces a steep legislative road before any money would be deployed in drinking water or wastewater infrastructure.

“His plan could face an uphill battle in the Senate,” per the Tennessean. “West Virginia Sen. Joe Manchin, a moderate Democrat, said he will block the $3 trillion package if Republicans are not included in the conversation. We could be looking at weeks, months or even years before a proper infrastructure bill sees the light of day — and even then, it’ll take years to fix everything.”