Biden Has Reversed 42 Trump-Era Environmental Actions, With Dozens More On The Radar 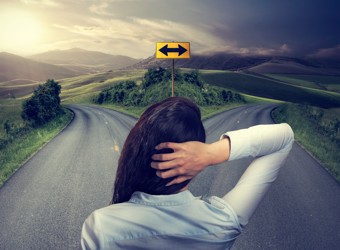 It is not uncommon for new presidential administrations to reverse, revise, or undo much of their predecessors’ work. And ever since President Joe Biden took office, environmental policies established in the Donald Trump era have been targeted.

To date, Biden’s administration has successfully reversed 42 Trump-era environmental actions and targeted 73, while another 122 such actions have gone unaffected so far. Meanwhile, Biden has proposed another 24 new actions, with an additional 24 being taken so far.

And, among the dozens of changes being implemented or considered, some of the most significant would impact the rules governing water quality. For instance, the Biden administration has announced that it intends to replace the Trump-era Navigable Waters Protection Rule (NWPR), which itself was a rollback of the Obama-era Waters of the United States (WOTUS) rule.

But some critics of Trump’s environmental policies feel that the Biden administration has not been doing enough to institute its own vision for things like drinking water quality.

“The Biden administration has made it clear they intend to repeal Trump’s bad Clean Water Act rule and that it’s causing significant harm, but they’re not doing it as quickly as they ought to,” the managing director of the Natural Resources Defense Council’s nature program told The Hill.

Historically, presidential administrations have won about 70 percent of judicial challenges to agency rule makings, such as by the U.S. EPA, and administrative policies, according Bloomberg Law. But increasing bipartisanship and a 23 percent victory rate by the Trump administration in such challenges indicates that this may no longer be Biden’s best avenue for affecting change. Still, other avenues may be equally challenging.

“One of the fastest methods for reversing existing rules is congressional action, but Democrats are unlikely to get that across the finish line of Capitol Hill given the limitations imposed by the Senate filibuster,” The Hill reported.

While the Biden administration has not been shy about indicating its intentions to rewrite the country’s water quality regulations, it’s hard to say how sweeping these changes will ultimately be.