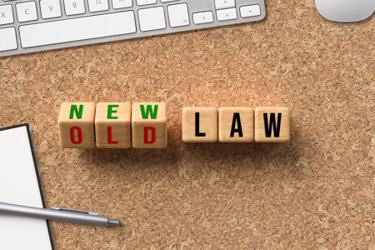 In the latest development for guiding federal water pollution regulation that has seen many changes, a federal judge has rejected the Navigable Waters Protection Rule (NWPR), which was designed by the Trump administration to override the cornerstone Obama administration guidance known as the Waters of the United States (WOTUS) rule.

“A federal judge … tossed out the Trump-era rule that rolled back water pollution protections but is still weighing whether to restore Obama-era protections or simply undo the Trump rollback to return to pre-Obama regulations,” reported The Hill. “In a court order, Judge Rosemary Márquez, an Obama appointee … remanded the rule for reconsideration to the [U.S.] Environmental Protection Agency (EPA) and the U.S. Army Corps of Engineers.”

Seeking to determine which source water bodies receive federal protection, NWPR and WOTUS have undergone rollercoaster legal processes. A lengthy legal battle saw WOTUS criticized by industrial and agricultural representatives in 2016; after years of debate, the Trump administration repealed that rule in 2019 and the revised NWPR version took effect in 2020; then, that too quickly came under scrutiny from critics.

Critics of WOTUS, for instance, have called the rule a stark example of federal overreach that actively harms the country’s critical industries.

“The U.S. District Court in Arizona struck down the 2020 Navigable Waters Protection Rule (NWPR), a regulation that corrected the disastrous 2015 Waters of the United States rule and provided key protections to farmers and ranchers,” as The Fence Post framed it.

And critics of NWPR have noted that it leaves many of the country’s drinking water sources vulnerable to harmful pollution.

“The Biden administration has said that it found the Trump-era rule caused a 25 percentage point drop in decisions that waters should get Clean Water Act protections,” per The Hill.

Márquez’s decision to send the rule back for reconsideration seems to be in line with the current presidential administration’s wishes, as it seeks to once again revise and replace these regulations and instill its own version.

“The EPA was poised to return to pre-Obama conditions anyway, announcing late last month that a ‘forthcoming foundational rule’ would temporarily restore protections that were in place prior to an Obama-era expansion in 2015,” The Hill reported. “EPA Administrator Michael Regan has been critical of both the Trump-era and Obama-era regulatory schemes, saying in the past that both of them ‘did not necessarily listen to the will of the people.’”

It remains to be seen whether the Biden administration’s EPA can institute a rule that sticks, something the previous two administrations were unable to do. As that potential develops, those operations that treat wastewater and drinking water every day will be watching.