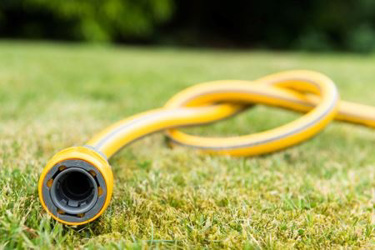 With an ongoing megadrought and rising consumption needs, western states in the U.S. have been instituting a range of measures to cope with source water scarcity. And among the efforts have been unprecedented legal changes and a focus on reducing residential consumption for lawn care.

“Facing a historic megadrought all across the American West with no end in sight, Colorado lawmakers, looking for easy and effective ways to conserve water, set their sights on … all kinds of non-native grasses planted in front lawns, back lawns, green strips fronting business and apartment complexes,” per the Reporter-Herald. “[There’s an] effort at the Colorado Capitol to launch a statewide turf replacement program, which would pay homeowners, business owners to replace their non-native, ornamental lawns with plants and landscapes better adapted to the state’s dry climate.”

A similar effort resulted in Nevada officials rallying behind the first-ever law to ban ornamental lawns. And now the notion has reached California as well.

“San Mateo, South San Francisco and San Carlos residents could soon be allowed to water landscaping only two days per week,” The Daily Journal reported. “The city is also continuing to offer rebates of up to $1,500 for homeowners who replace the grass on their lawn for something such as turf.”

As the drought persists in places where demand for drinking water is also rising, it seems inevitable that this legislative practice will continue its growth for the foreseeable future.

“Similar programs across the West have saved billions of gallons of water, paying property owners anywhere from a few dimes to a few dollars for every square foot of turf they replace,” according to the Reporter-Herald. “These types of programs, offering money for the removal of water-dependent lawns, are likely to become more common as states, counties and cities across the West search for relatively painless ways to conserve the resource.”

But if these places are truly going to evolve to live with pervasive drought, reducing consumption for lawn care will likely only be just one part of the puzzle.

To read more about how water systems across the country are evolving to combat drought, visit Water Online’s Water Scarcity Solutions Center.