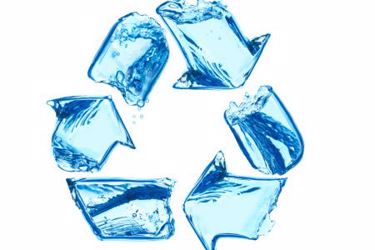 The national battle against source water scarcity has pushed water systems around the country to innovate and invest at rapid rates. California is volunteering to make record cuts to its Colorado River consumption, Texas is pursuing a trailblazing desalination project, and the Las Vegas Strip is instituting a range of unprecedented conservation measures.

The latest such change can be found in Colorado, where water managers are exploring the adoption of direct potable reuse (DPR) to ensure source water remains plentiful.

“Colorado’s water quality agency gave unanimous preliminary approval to regulate direct potable reuse — the process of treating sewage and sending it directly to taps without first being dispersed in a larger water body,” the Associated Press reported. “The state would become the first to adopt direct potable reuse regulations, according to state and federal officials.”

DPR, also known as wastewater recycling or, to the chagrin of many water managers, “toilet to tap,” has long been advocated by the treatment industry, though it remains controversial among consumers. But as Western drinking water is stretched increasingly thin, the practice is gaining traction in many communities.

“The process, which typically entails disinfecting wastewater with ozone gas or ultraviolet light to remove viruses and bacteria, then filtering it through membranes with microscopic pores to remove solids and trace contaminants, is gaining interest as communities grapple with extended droughts,” according to AP. “While many U.S. states don’t explicitly prohibit this type of water reuse, developing statewide standards can encourage more rapid adoption.”

Colorado will require communities who want to expand DPR to demonstrate that they can do so safely and effectively. And the state seems aware that a big part of the battle is to be won in encouraging consumers to embrace the practice.

“Wastewater intended for drinking will require disinfection and filtration, among other techniques, all of which are intended to eliminate pathogens like viruses and bacteria,” per the Colorado Springs Gazette. “And any community that seeks to add treated wastewater to its drinking water system will have to set up extensive public communication programs to show the public its process and to help educate residents about this new water source.”

With these standards in place, the expansion of this practice in one drought-plagued state could very well encourage expansion in the rest of the country as well.